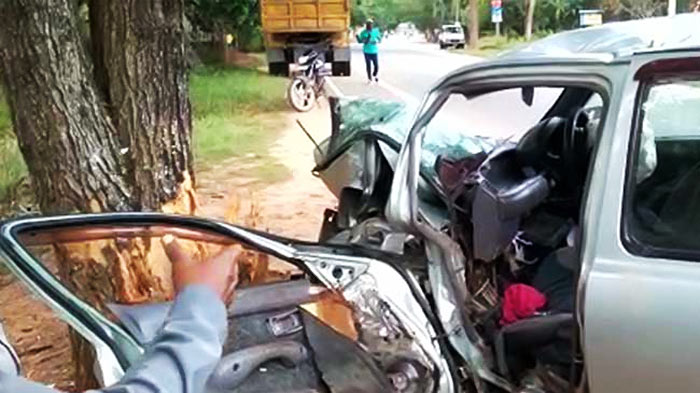 Three people were killed and two others injured following a road accident at Ridibendiella on the Anuradhapura-Padeniya Road this morning (October 17).

The accident occurred when the car they were travelling veered off the road and crashed into a tree, Police said.

Police said that five people were travelling in the car at the time of the accident.

It was reported that a four year old child is among the dead.

Police said the injured were admitted to the Kurunegala Hospital.