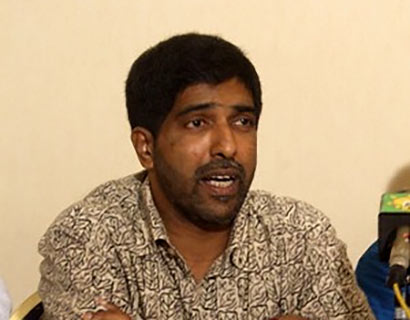 Three navy personnel have been detained and are being questioned by the Criminal Investigations Department (CID) over the killing of TNA MP Nadarajah Raviraj in 2006, the police spokesman said.

Raviraj, who represented the Tamil National Alliance (TNA) from Jaffna district, died in hospital after being shot by unidentified gunmen in Colombo on November 10, 2006.

He was shot as he left his house in Colombo for work. One of his guards, Sgt. Lakshman Lokuwella, was also killed in the attack.

Mr Raviraj, a former mayor of Jaffna and a lawyer by profession, had his own law firm: “Raviraj and Associates”. He was a native of Chavakachcheri in the Thenmaratchy sector of Jaffna.