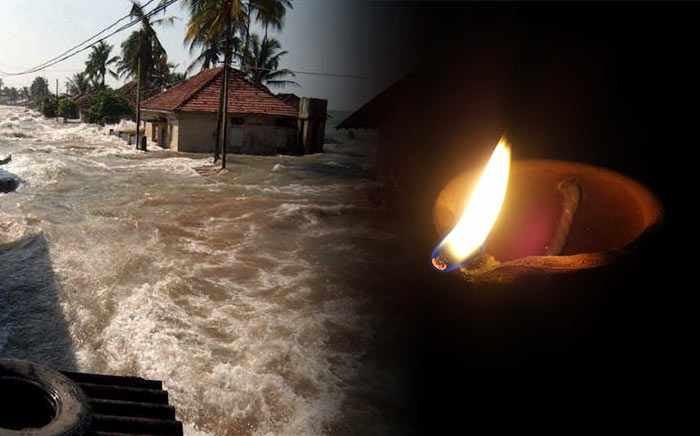 A two minute silence will be observed from 9:25 AM to 9:27 AM today (December 26) islandwide, as a mark of respect to those who lost their lives in the tsunami disaster that hit the coastal belt of Sri Lanka on December 26, 2004.

Today marks the 18th anniversary of the 2004 Boxing Day Tsunami, one of the world’s deadliest and most destructive natural disasters, which struck over 14 countries in the Indian Ocean.

The tsunami resulted in the death of nearly 282,000 people from 14 countries including Sri Lanka, Indonesia, Thailand and India.

The death toll in Sri Lanka was nearly 35,000, while 5,000 individuals still remain missing.

The disaster had affected not only lives but also property amounting to billions or rupees.

The 2022 National Safety Day will be marked today at district level while the main event will be held at the Peraliya Tsunami Memorial in Galle.

Around 2,000 people were killed in the Peraliya Thelwatta train accident, which is considered to be the largest single rail disaster in world history by death toll.

502,456 individuals of 235,145 families in 34 Divisional Secretariats were affected by the disaster.

Tragedy struck when a 9.0-magnitude earthquake was recorded in deep seas near Sumatra Islands in Indonesia.