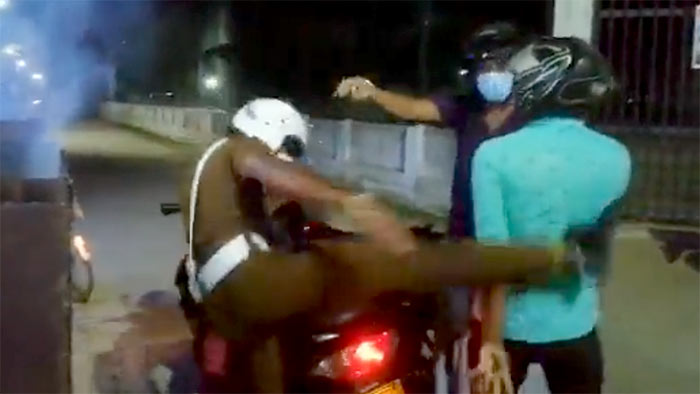 “Police Brutality continues in Batticaloa and will fall on the deaf ears of Minister Sarath Weerasekara,” the MP tweeted.

Police Brutality continues in Batticaloa and will fall on the deaf years of @ReAdSarath pic.twitter.com/eX9ApSsNBH

According to the Police Spokesperson the police officers in question and his partner were noting down information of an accident that had taken place in the area and were in the process of noting down the measures of the scene.

The Police Spokesperson said that all vehicles had stopped to allow the police officers to carry out their duty of reporting the accident, however, a motorcycle with two people had attempted to cross the scene at that moment.

“It was then that the assault had taken place,” said the Police Spokesperson, adding that the Police Constable in question will be produced in court today (23).