JVP urges Government not to allow Chinese ship under any grounds 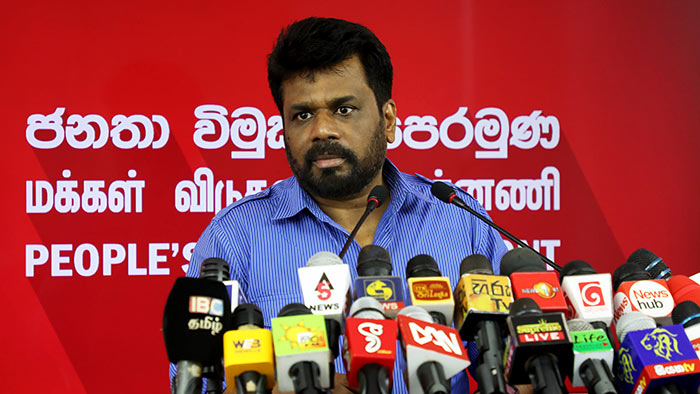 He told a news conference that the Qingdao Seawin Biotech Group had written to the Director General of Agriculture and several other authorities such as the Secretary to the President, Prime Minister and the Agriculture Ministry Secretary yesterday urging them to accept the ship carrying the controversial organic fertilizer.

He said according to the letter, they have said that the ship left China on September 23 and was scheduled to reach Colombo port yesterday (22).

“They have also said that there was an agreement to conduct another test on the fertilizer through a third party. We ask them with whom they have reached the agreement to do such a test,” he said.

The JVP MP said the ship was heading to Sri Lanka despite reports that it was turned back after having rejected the sample in laboratory tests in Sri Lanka, as it contained harmful bacteria known as Erwinia.

He said it was reported that the Director General of Agriculture had requested the Harbour Master in the Colombo Port not to allow the ship to enter the port or anchor anywhere in the vicinity of the port.

“The decision of the Director General is truly praiseworthy. We urge the Government not to revert the decision under any grounds,” he said.

He said China or any other country had no right to influence the affairs of Sri Lanka, as ours is a sovereign nation.