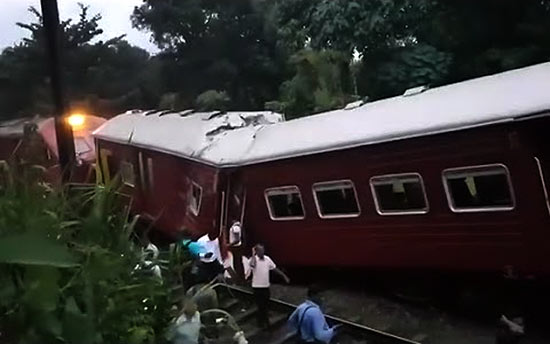 Four railway officials have been interdicted in connection with yesterday’s train accident at Pannaliya off Polgahawela.

Spokesman for the Civil Aviation and Transport Ministry said officers under interdiction pending further investigations are, the driver the assistant driver, the head guard and the under guard of the Rambukka bound goods train that rammed into the Colombo bound express from Kandy.

The minister also directed to appoint a three-member committee to conduct a comprehensive investigation into the train collision.

The Minister instructed that disciplinary action be taken against the responsible persons irrespective of their position.