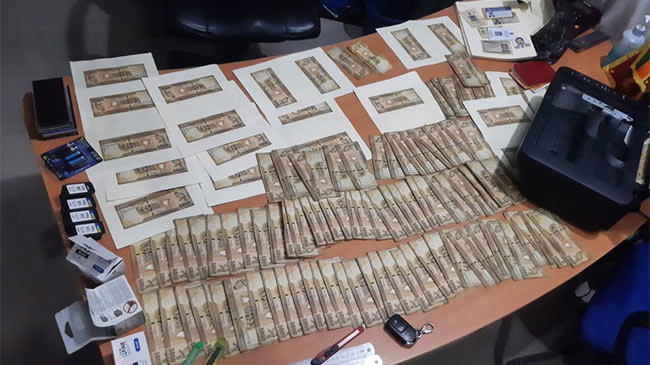 Two persons have been arrested by police while in possession of 124 counterfeit Rs. 5,000 notes at Oluwil, Akkaraipattu.

Police said the trio was apprehended based on information provided by officers attached to the Sri Lanka Army Intelligence Unit.

The suspects, aged between 39 and 58, are residents of Oluvil and Addalaichenai.

Police said that  fake notes were taken into custody along with a printer and other equipment used to print the counterfeit notes.

The suspects will be handed over to the Criminal Investigations Department.