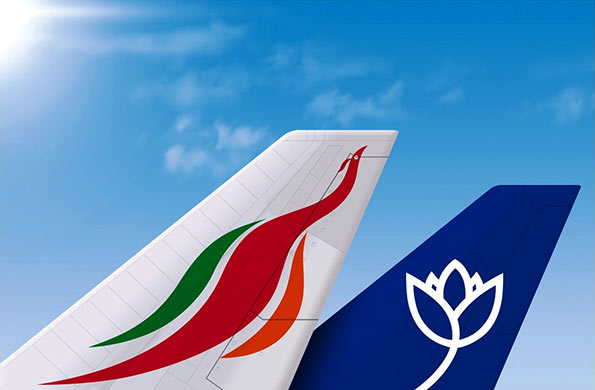 SriLankan Airlines had incurred a loss of Rs. 539.7 million, in 2017 due to its failure to return a leased A-320 aircraft to the lessor before the deadline, the Presidential Commission of Inquiry (PCoI) on irregularities at SriLankan Airlines, SriLankan Catering and Mihin Lanka was told, yesterday.

Asitha Fernando, Technical Services Engineer at SriLankan told the PCoI, referring to documents, that the airline had to return the aircraft on March 15, 2017.

Fernando said: “On January 15, 2017, the airline handed over the plane to the maintenance section to for necessary refurbishments. On April 15, 2017 it was sent to Jakarta, for painting. It was released from Jakarta, on May 19, 2017. However, since SriLankan had lost the European Aviation Safety Agency (EASA) certificate on July 04, 2017, it had to send the plane to an Ethiad facility on July 24, 2017 for final touches and we got it back on August 25, 2017.”

The aircraft was returned to the lessor only on September 11, 2017, six months past the deadline.

SriLankan was banned from carrying out full paint jobs or serious repairs at that time.

Earlier this month it was revealed that SriLankan Airlines had not taken steps to construct an additional hangar for painting aircraft, as suggested by the European Aviation Safety Agency (EASA), which led to EASA instructing UL in 2014 not to carry out such activities in 2014. It was also revealed that EASA had not allowed base repairs to be carried out at BIA as well in 2015. However by November 2018 those rights had been restored.

Two aircraft were also sent overseas for full paint jobs during the period as well. One plane was sent to Indonesia in April 2017 and the procedure cost USD 91,545 and another one was sent in July that year to the same company and the job cost USD 140,991.