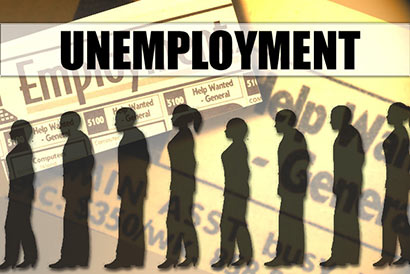 With government spending on education on the decline, youth unemployment in Sri Lanka continues to follow a disturbing trend, rising with the level of education attained, a new report published by the International Labour Organisation (ILO) said.

Last month, the World Bank’s World Development Report 2013 said one of the biggest challenges facing Sri Lanka was to improve women’s employment opportunities, especially for the young female population. In 2010, only 28 percent of young women aged 15-24 participated in the labor force in Sri Lanka (compared to 50 percent of young men). The participation rate among women aged 25-64 in the same year was 43 percent, compared to 90 percent of men in the same age group. Importantly, the World Bank report said Sri Lanka needed to improve employable skills.

Sharp reductions in current expenditure have driven down budget allocations for education from 1.81 percent of GDP in 2010 to 1.51 percent in 2013.

In 2011 two senior ministers of the government, Dr. Sarath Amunugama and DEW Gunasekera, both made public statements to the effect that youth unemployment was an issue that needed the urgent attention of the government before it reached crisis proportions.

According to the ILO report ‘Global Employment Trends for Youth 2013: A Generation at Risk’, the youth unemployment rate in South Asia decreased in 2011 by 0.4 percentage points to reach 9.2 per cent, but increased to 9.3 per cent in 2012.

Projections suggest a continuing upward trend in South Asia in the coming years for both young men and young women, the ILO warned.

“A similar pattern prevails in India, where unemployment rates increase rapidly for highly skilled workers, particularly women. At the same time, Indian employers have trouble hiring staff: according to the 2011 Manpower Talent Shortage Survey, 67 per cent of Indian employers stated that they had difficulties filling positions. Skills mismatch therefore appears to be particularly serious in South Asia and may well contribute to youth unemployment,” the ILO report said.

“The weakening of the global recovery in 2012 and 2013 has further aggravated the youth jobs crisis and the queues for available jobs have become longer and longer for some unfortunate young job seekers. So long, in fact, that many youth are giving up on the job search.

“The global youth unemployment rate, estimated at 12.6 percent in 2013, is close to its crisis peak. 73 million young people are estimated to unemployed in 2013. At the same time, informal employment among young people remains pervasive and transitions to decent work are slow and difficult.

“By 2018, the global youth unemployment rate is projected to rise to 12.8 percent,” the ILO said. (Courtesy: The Island)