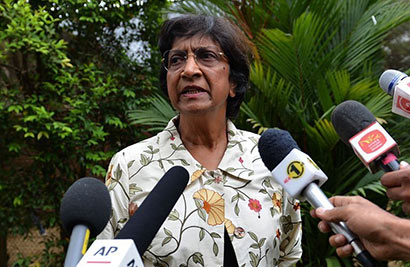 The UN’s human rights commissioner has arrived in Sri Lanka on a fact-finding mission after the government said she could visit former conflict zones.

As part of her week-long visit, Navi Pillay is due to travel to former war zones in the north and east. She is also expected to hold talks with Sri Lankan President Mahinda Rajapaksa.

The UN said at least 40,000 civilians, mainly Tamils, died in the final months of the conflict between the government and Tamil rebels, which ended in 2009.

Ms Pillay is also expected to hold meetings with members of the Tamil community.

The BBC’s Imogen Foulkes, at the UN in Geneva, says Ms Pillay will not want to be seen taking sides on this trip, nor will she want to lend credibility to the government.

“I’m looking at the framework that was also developed by Sri Lanka. So if I raise a criticism, it’s whether they comply with those standards.”

Government forces are accused of shelling hospitals and refugee camps, but Sri Lanka has resisted international pressure to investigate the allegations.

Ms Pillay’s visit comes as Canada has called for a boycott of a Commonwealth summit scheduled to take place in the Sri Lankan capital Colombo in November.

The UK and human rights groups have also raised concerns over whether Sri Lanka should host the meeting.

Suresh Premachandran, a lawmaker with the Tamil National Alliance, said: “We will take up with her the question of accountability, the issue of thousands of missing people, the militarisation of Tamil areas and the lack of political freedoms.”

Over the last two years, the UN Human Rights Council has passed two resolutions ordering the Sri Lankan government to launch an independent investigation into what happened at the end of the war.

The government has criticised the UN over the resolutions and insisted it did not massacre civilians.

Former conflict zones in the north have, until recently, been off limits to foreign journalists, aid workers and UN staff.

Tamil Tiger rebels controlled as much as one-third of Sri Lanka at the height of their power. 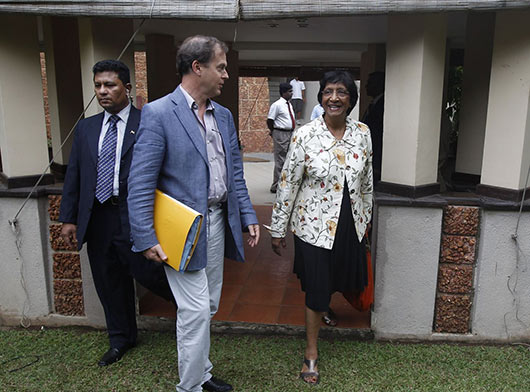