US has serious concerns over Lankan CJ impeachment 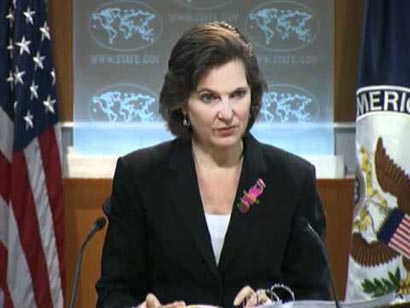 Washington: The US on Thursday expressed serious concern over the impeachment proceedings against Sri Lanka’s first woman Chief Justice, saying the issue raised serious questions about the process and government pressure on the judiciary.

“As we said before, we had serious concerns about the actions that were taken to impeach the Chief Justice and the timing of the impeachment and that it raised serious questions about the process and government pressure on the judiciary,” State Department spokesperson Victoria Nuland told reporters.

The parliamentary committee on December 08, 2012, ruled that Sri Lankan Chief Justice Shirani Bandaranayake was guilty of three of the 14 charges in the impeachment proceedings against her moved by the ruling UPFA coalition legislators.

The three charges were financial impropriety based on non-declaration of assets and conflict of interest in a case involving a failed investment company.

The chief justice denied all the charges against her. On December 06, she stormed out of the impeachment hearing in Parliament, saying she will not be given a fair trial.

She also claimed verbal abuse by the government members of the parliamentary committee.

5 Responses to US has serious concerns over Lankan CJ impeachment

Home » US has serious concerns over Lankan CJ impeachment