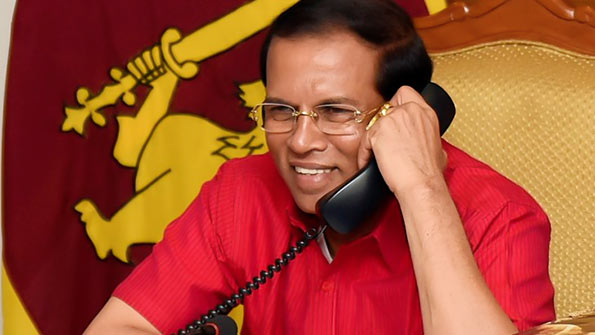 During the conversation, President Sirisena conveyed his best wishes to the new Administration under the leadership of President-elect Donald Trump.

The conversation focused on measures for strengthening bilateral relations between Sri Lanka and the United States in the future.

The objective of both countries is to ensure the progress of relations between the two countries based on common values of democratic governance and Sri Lanka’s strategic location in the middle of Asia.

Cooperation directed at securing the safety of sea lanes, countering drug smuggling and working together in disaster management as partners was also discussed.