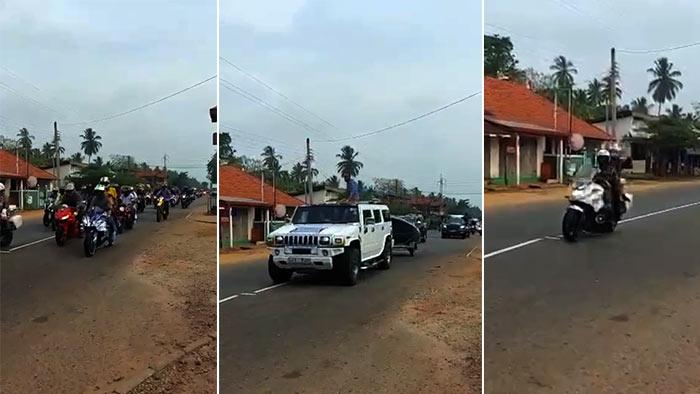 Sri Lanka Police says that steps have been taken to suspend the three-day vehicle parade which had been organised from Mirigama to Anuradhapura via Kalpitiya by a motorcycle club called “Spin Rider Club” due to public protest.

The annual tour organised by the said club as a charity event commenced yesterday (March 17) and was scheduled to continue until tomorrow (March 19).

The said club had sought permission to hold the parade in line with a cash donation to Maharagama Apeksha Hospital and distribution of books and stationery to school children in Kalpitiya. Police said.

Police stated that the permission was granted for the event subject to certain conditions and charging government fees as it relates to a social service activity.

However, the Police media division said that a decision was taken to suspend the vehicle parade due to objections from the public and the violation of certain conditions while it added that legal action would be initiated if any laws have been violated.

Meanwhile, Minister of Sports and Youth Affairs, Namal Rajapaksa has requested the Police for an investigation to identify how his name was linked to a motor parade held in Kalpitiya yesterday (March 17).

2 Responses to Vehicle parade suspended due to public protest