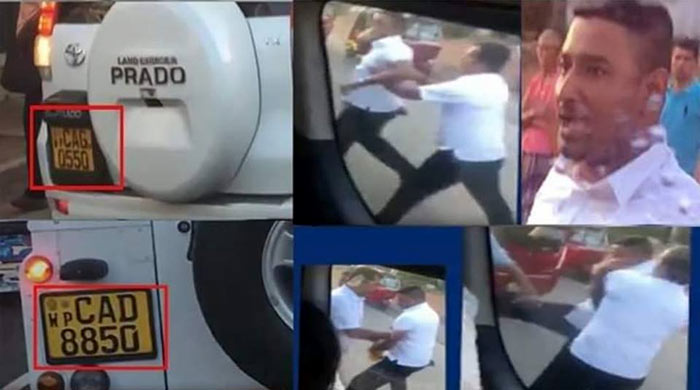 An incident has been reported where officials travelling in two VIP vehicles, allegedly not being allowed to overtake a van, had proceeded to assault a van driver in the Kalagedihena area on the Colombo-Kandy (A1) Road.

Police said, the alleged incident had taken place on 16 July and the driver of the van had dialled the 119 Police emergency hotline to report the assault incident.

The driver of the van had informed the Police that as traffic in the Kalagedihena area had been diverted onto one track due to repair work taking place on the other lane, he had been unable to allow the two VIP vehicles to overtake. He had then told the Police that the drivers of the two VIP vehicles, who were infuriated at not being allowed to overtake, then blocked his van before proceeding to assault him in the presence of onlookers.

A top Police officer said that upon being alerted by the Police Emergency hotline, the Nittambuwa Police had dispatched a team to probe the incident in Kalagedihena. However, the two VIP vehicles had fled by the time the team arrived at the scene.