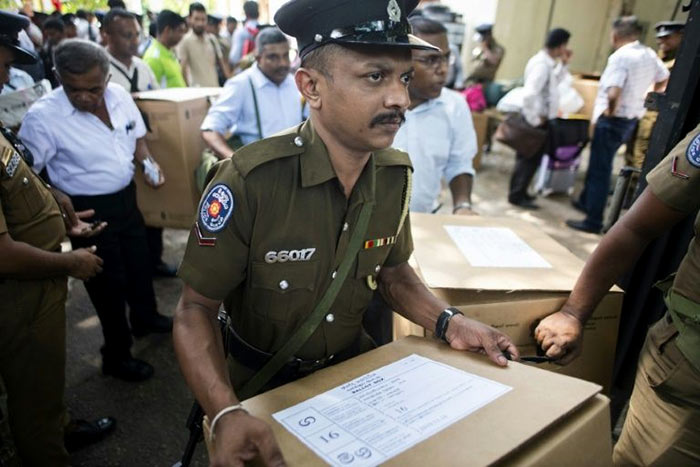 Voting to elect the country’s seventh Executive President commenced a few minutes ago in 22 administrative districts.

A total of 35 candidates are vying to replace Maithripala Sirisena as the Head of State.

The casting of ballots for the 2019 Presidential Election will take place till 5pm at 12,845 polling centres, amidst heightened security while a total of 15,996,092 persons are eligible to cast their vote.

The eighth Presidential Election is being worked-off under the 2018 Electoral Register. The marking of postal ballots by state officials, Policemen and other persons on election duty took place on the 31st of October, and on the 3rd, 4th and the 7th of November.

The Gampaha District has the highest number of registered voters in the country with 1,751,892 electors, while the lowest number is recorded from the Trincomalee District with 281,114.

A total of 1,550 centres have been set up across the country for the counting of ballots.

The Election Commission said 371 centres will be used for counting of postal votes while officers have been deployed to 1,179 centres to count ballots.

Meanwhile, Chairman of the Election Commission Mahinda Deshapriya said the first postal vote will be released before midnight.