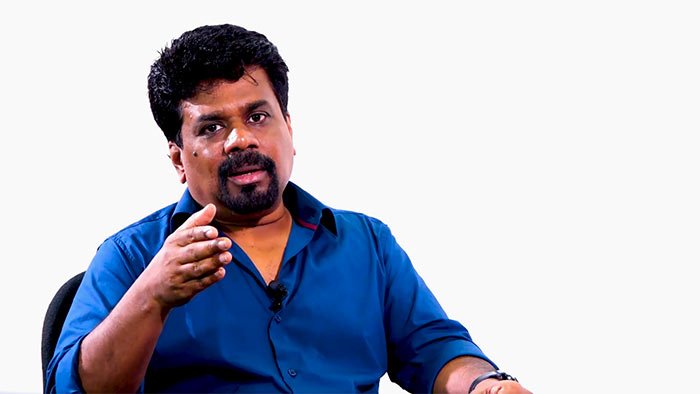 As leader of the Janatha Vimukthi Peramuna (JVP) Anura Kumara Dissanayake has presided over the party during one of the most significant and politically volatile periods in the country’s history. His admirers praise him as a steadfast defender of democracy and a man of principle. Critics accuse him of steering the party towards the arms of the JVP’s arch-enemy, the United National Party (UNP).

Mr Dissanayake contested the last presidential election at the head of a new alliance, National People’s Power (NPP), under the ‘compass’ symbol. The party is contesting under the banner of the NPP at the parliamentary election as well, as it seeks to tap into what it believes is the general discontent of the voters with the main parties that have governed the country over the past decades.

Excerpts from an interview:

Such incidents have been used to paint a dark picture of the JVP in people’s minds, but this was over 30 years ago, and I would say that this reputation is no longer accepted by the general public at large.

Politicians who have no other charges to level against us often refer to these past incidents. If you look closely at those periods, you will see that state terrorism was unleashed on a much larger scale. The then government was sent home in disgrace by voters in 1994 owing to the atrocities it committed during the 87-89 period.

The difference between us and other parties however, is that you don’t need the past to criticise them. There are always new allegations.

On the JVP’s disappointing showing at the last presidential election

During the last presidential election, there was a strong power struggle between the two main candidates. There was also a strong political conflict. We also saw electronic media channels getting involved in this struggle during the last election than at any previous election in our history. They brought this political conflict into the villages and sharply divided the country into two camps. In such a situation, it is difficult for a third party to make inroads. Even in this difficult situation, we still obtained more than 418, 000 votes.

If you look into the qualities of the candidates, I would say we are far ahead of the rest. Our movement is honest, free of corruption and committed to working for the betterment of the country. The people know that, but that is still not enough for them to vote for us. The votes will come when the people believe we are on the cusp of a victory.

We have to acknowledge that our party has faced a shortage of victories on the election front in recent times. This has put off those who like our policies and who want to vote for us from doing so. They need a stimulus to encourage them to vote for us, and that stimulus has to come via some sort of victory on the election front. We are trying to use this election to create that enthusiasm among voters. If we are successful in doing that, it will complete our transformation.

There is widespread anger and hatred among the people towards their representatives in parliament. Some people even hope that the entire parliament will be destroyed. This is because people have lost faith in their representatives.There are several reasons for this. Firstly, most of the MPs have no principles. They constantly switch sides. I remember during the constitutional crisis, how then President Maithripala Sirisena publicly claimed that the ‘price’ of an MP had shot up to Rs 500 million. This was because they were all trying to find 113 MPs to form a government. I know personally that some MPs even took money to remain where they were.

Secondly, the behaviour of most MPs is disgraceful. They brought knives and chilli powder into the chamber. They engaged in fisticuffs. They scolded each other in filth.

The third factor is that many MPs are criminals. The biggest racketeers in the country in illegal sand-mining, those connected to the rice mafia and even drug traffickers have served in parliament.

Given these factors, it is only natural that people feel angry at their MPs. At the same time, none of these MPs forced their way into parliament. All were elected by the voters themselves. As such, while people may wish ill on parliament, they must remember that part of the responsibility for what has befallen parliament also lies with them.

Instead of complaining about how wrongdoers aren’t punished by authorities, the voters themselves have an opportunity to punish these individuals by voting them out at this election. That however, cannot be done by trying to sort out the ‘good people’ in a group and voting for them. You must remember that your first vote will still be for the party and if the party you vote for is populated by rogues, then you are still opening the door for unsuitable people getting elected. You must also choose the best group. In that scenario, you can mark your preference to whoever you like in that group. We have fielded the best group of candidates for this election.

Representative democracy is essential. We don’t believe a dictator should be allowed to rule any country. Dictators have never built countries. They have only brought about their ruin. This has been the case from Iraq to Libya, from Germany to Italy.

Representative democracy is still the best form of governance for our country, but we need to develop the political intelligence and vision necessary to take it forward.

If we look back on these incidents in isolation, I can say that the decisions we took were the best possible decisions that had to be taken at the time. However, if we were to remove these particular incidents and look back on our path with the benefit of hindsight, I have to agree that those decisions have somewhat blackened our name. It does have an impact. We are trying to change that. This is why we have contested most recent elections separately.

I believe that the political map will be redrawn after the August 5 election. The two best periods for a government are the campaign season and the period just after the election. This government had both these periods. As such, it should be twice as good.

We also believe that some people in their camps will go over to the government, which is hell bent on obtaining a   majority. The voters will never give that. They didn’t give it even during the parliamentary election held soon after the war victory. However, MPs in the Sajith and Ranil factions will undoubtedly crossover and help the government achieve their aim of a   majority. We saw such large scale crossovers in 2005 and 2010. They crossed over in 2018 even when Ranil Wickremesinghe headed the government. What are the odds of them staying put when they lose?