White Man’s Hegemony in Asia, Africa and other non – European lands must be swept away 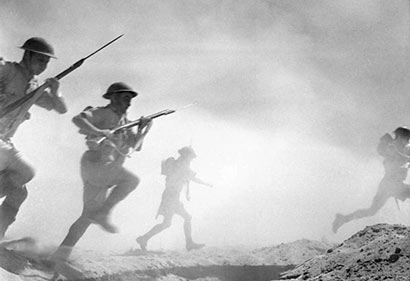 A curse fell on Sri Lanka and its people with the arrival of the Portuguese in 1505 and it has continued to this day with the successive replacement of the Portuguese by the Dutch and the British with irreversible damage being done to this land, heritage, culture, sense of national purpose, Buddhist values that protected the lives of all living beings and almost everything that people of this country had accepted as ethical conduct in the past, because of White Man’s rule that lasted nearly 450 years. On the occasion of commemorating the 66th anniversary of Sri Lanka’s independence from British colonial rule, it is appropriate to take stock of the misfortune that fell on this country as well as the vast majority of countries in Asia, Africa, and North and South America over the last 500 years because of one significant reason i.e. White Man’s insatiable greed for the lands and resources of others and his alacrity to use any means foul or fair including plunder, genocide, crimes against humanity, forced religious conversions and destruction of places of worship of non – Christians, to achieve territorial conquests and subjugation of  yellow, brown and black races that the White Race obsessively considered as inferior.

The blacks never invaded the white man’s land. The browns never invaded the white man’s land. The yellows never invaded the white man’s land but the white man not only invaded lands belonging to the black, brown and yellow races but completely destroyed everything that the indigenous people took great pride in and treasured. Despite unrelenting efforts, the White Man’s institutional accomplice, the Christian Church (Catholic and Protestant) cannot simply whitewash or erase the hard truth that every step of imperial conquest and plunder had the endorsement and whole hearted support of the Church and its representatives. For every crime committed by the colonial crusaders the Church involvement in such incidents directly or indirectly is more or less an established fact. Church complicity in such crimes cannot be de- linked or removed. The Church continues to ignore calls to acknowledge, apologize and compensate the victims for these crimes and it is this key fact that makes us point to the Church to say that until and unless its crimes are acknowledged and compensated appropriately its high sounding calls for Rule of Law, Human Rights, National Re-conciliation and Freedom of Religion and the like will fall on deaf ears.

Western Colonialism violated every canon of Human Rights during its heyday: Instead of Rule of Law it was Rule by Brute Force, Administration of Justice was based on the Doctrine of Differing Rights, One standard of Justice for the White Man and another i.e. inferior, standard for the black man which was strikingly illustrated during the Apartheid era in South Africa.

Under the guise of discharging White Man’s Burden what we saw everywhere was naked exploitation and extermination of whole races and civilizations as happened to Australian Aborgines, Red Indians in North America, Mayas and Incas in South America, and complete destruction of African communities through the Trans – Atlantic Slave Trade. The list can go on.

In Sri Lanka, the Kandyan Peasantry was completely uprooted from their traditional lands and their lands expropriated on bogus pretexts under Waste Lands Ordinances for tea plantations of the British which resulted in the large scale impoverishment of the proud race of Kandyan Sinhalese.

Transfer of allegiance to a foreign sovereign

The entry of the whites to non-white lands saw irreversible changes converting thousands of people to Christianity by offering inducements, failing which by punitive action, and making them transfer their allegiance to a foreign sovereign. To this day some of the descendants of the forcible converted continue to owe allegiance to foreign countries rather than their own. It is unfortunate to note that Christians in Asia, and particularly in India, Sri Lanka etc. lack the Kshatriya quality to stand up to the White Man and call spade a spade. Neither the Christians nor the Christian Church in Asia offered resistance to White Man’s hegemony and oppressive rule, bar some notable exceptions.

In Sri Lanka it was by and large the Sinhala Buddhists who offered spirited armed resistance to western colonial rule of the Portuguese, Dutch and the British.

Young Children in rural areas of Sri Lanka learn to this day on their mother’s knee heart warming inspiring stories of the Sinhalese warriors who fought heroic battles to defeat the Portuguese in Danture (1593), Randeniwala (1630) and Gannoruwa (1638).

It is mostly the Sinhala Buddhists who sacrificed their life and limb, and fought against the white men who came to take over their lands. While they were defending the nation from foreign invasion, those who had converted crossed over to the other side and worked for the enemy. They were known as Lascoreens a derogatory term similar in meaning to sepoys as used in India.

Where are the war memorials for our Ranavirus of yesteryear?

In the European Christian tradition people never forget to pay tribute and show gratitude to those who defended the country against foreign invaders. There are war memorials everywhere in Europe and USA. Why has this been neglected in Sri Lanka? Are we embarrassed to call Sinhala Buddhist warriors of the colonial era heroes through plaques, war memorials, statues and like. There must be a limit to appeasement of minorities.

The Bogey of Rule of Law

Let us not mistake the wrong misinterpretation being given to colonialism as ushering in a rule of law. There was no such rule of law under white colonial rule. All the rule that prevailed was nothing but brute force and annihilation and inquisitions for all those who opposed white Christian rule particularly in the Portuguese era. The Rule of Law came into being when the colonials realized they could no longer hold people as bonded slaves in their own lands and to ensure they were protected and plunder could continue they were quick to develop rules of law and international trade laws that would protect them and continue to make them prosper. Do these white nations not continue to live off the interest charged from developing nations for money that does not exist?

Pluralism, Equality and other high sounding concepts gather meaning only when Christian rule prevails and becomes relevant and applicable only to those living in Christian heritage nations of the West.

At this critical juncture of Sri Lanka’s modern history we look for true leaders. Similarly, we cannot ignore that India is crumbling apart because there are no Kshatriyas to rule India of the type of Netaji Subash Chandra Bose. It is also an appropriate occasion to look up to India’s Narendra Modi to reverse all the damage that has been done and not to take the same path of destruction and animosity that the current leaders of India have shown to India’s neighbours.  India should not be subservient to the West thereby betraying its precious and irreplaceable Hindu heritage and the great pride of its ancestors.

That one person’s terrorist is another man’s freedom fighter holds true of the West for it is they who manufacture the arms, train the militants and then order them to be strategically placed to de – stabilize nations. If any war crimes are committed it is the very nations promoting philosophies against war crimes. All these manoeuvres are intended to again recolonize and we see how the evangelicals have been sent on their next mission and they are strategically placing themselves for that eventual re-colonization of India, Sri Lanka and other Asian countries.

While the nations of Europe are encouraged to unite and form the EU – the people of Africa, Asia and Latin America are kept fighting each other in conflicts created by these very nations so that unity does not prevail for it helps them to fast forward their agendas. The people need to realize these. We are not interested in philosophies, ideologies any more. People must now take the hard facts and place them against the real ground realities.

We have been victims for far too long. The Blacks, the Browns and the Yellows now need to refuse to be taken to the dock whether at the UNHRC, ICC or any other international forum. We must all get together and strive to put the real perpetrators on the dock and remind them that all the anarchy that prevails globally can be sourced to white man’s greed and sense of White Supremacy. Eurocentrism is a pathological condition of the White Race and demonstrated by an unreserved effort on its part to assert the pre -eminence of Eurocentric Western Culture.

We no longer wish to listen to the white man’s (or their surrogates) lectures particularly on topics such as Human Rights, Rule of Law, and treatment of minorities, which they have violated over and over again and refused to atone for.

As we celebrate another independence it is time we start developing more Kshatriyas in our own people and not those wanting to hand over our nation to our country’s enemies.

3 Responses to White Man’s Hegemony in Asia, Africa and other non – European lands must be swept away

Home » White Man’s Hegemony in Asia, Africa and other non – European lands must be swept away