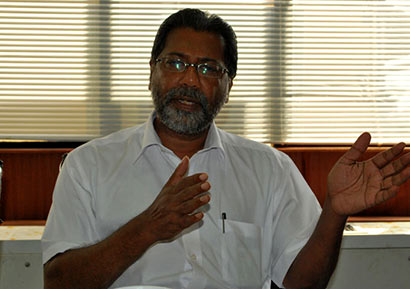 UPFA Parliamentarian Vidura Wickremanayake says that he and his father former Prime Minister Ratnasiri Wickremanayake will continue to support the President.

He made the observation during a meeting held in Horana, last afternoon.

Wickremanayake added that his decision to hold the government’s position came due to his supporters’ choice, however he had many requests to join the opposition and support the common candidate.

Wickremanayake went on saying that he admitted to the fact that the party needs some readjustments and changes.

1 Response to Wickremanayake’s loyalty to President