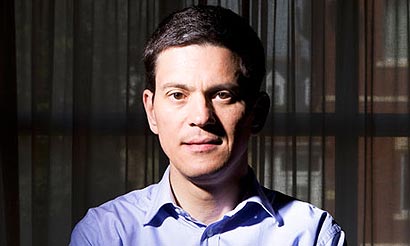 The diplomatic campaign by former foreign secretary David Miliband to champion aid and human rights during the Sri Lankan humanitarian crisis last year was largely driven by domestic political calculations, according to a Foreign Office official.

A leaked May 2009 cable from the US embassy in London quotes the official, Tim Waite, a Foreign Office team leader on Sri Lanka, explaining Miliband’s intense focus on the plight of the country’s Tamils in terms of UK electoral geography.

“Waite said that much of [Her Majesty’s government] and ministerial attention to Sri Lanka is due to the ‘very vocal’ Tamil diaspora in the UK, numbering over 300,000, who have been protesting in front of parliament since 6 April,” Richard Mills, a political officer at the US embassy, reported.

“He said that with UK elections on the horizon and many Tamils living in Labour constituencies with slim majorities, the government is paying particular attention to Sri Lanka, with Miliband recently remarking to Waite that he was spending 60% of his time at the moment on Sri Lanka.”

The Foreign Office said tonight there was nothing wrong or unusual in explaining to a foreign diplomat the political context for UK foreign policy, and a former prime ministerial envoy on Sri Lanka said that the British involvement was motivated firstly by the scale of the humanitarian crisis.

The comments quoted in the US cable were made in the midst of a flurry of activity on Sri Lanka by Miliband, as the long civil war between the government and the Tamil Tigers was reaching a bloody conclusion. At the end, some local doctors estimated that as many as a thousand people, mostly Tamils, were dying each day.

The foreign secretary had just visited Sri Lanka with his French counterpart, Bernard Kouchner on 29 April.

Miliband told parliament two days later that the joint trip had been “to highlight the need to bring the conflict to an end in a way that minimises further civilian casualties; to press the case for the humanitarian relief effort to be ratcheted up, as the UN and EU have been calling for; and to make clear the need for a long-term political settlement that meets the aspirations of all communities in Sri Lanka.”

Britain was pressing at the time for Sri Lankan visas to be issued to international humanitarian staff, and for them to be given access to large numbers of civilians displaced by the fighting, so that food and medicine could be distributed to hundreds of thousands of people trapped in the war zone, a small strip of land on the island’s north-eastern coast.

The military action brought to a bloody end a civil war between the separatist Liberation Tigers of Tamil Eelam – the Tamil Tigers – and government forces which had begun in 1983 and cost many thousands of lives. The UN has said that at least 7,000 civilians were killed in the five months before the end of the war.

On 4 May 2009, a few days before the US diplomatic cable was sent to Washington, the prime minister’s special envoy for Sri Lanka, Des Browne, was part of a cross-party group allowed in by the Sri Lankan government, which had blocked Browne’s entry for months.

Waite told Mills that Britain would be sustaining its “concerted drive to achieve a fully inclusive political settlement” in Sri Lanka.

Miliband and Kouchner would be hosting a meeting on the issue on the sidelines of an international meeting in New York within a week, while Miliband would be raising the subject with American officials in Washington on the same trip.

Browne said: “This misunderstands what was happening. The conflict in Sri Lanka at the time was a world issue, with the US government, the Indian government and the United Nations all sending their envoys. There were over 100,000 people stuck in a war zone. It doesn’t take a lot of explaining why we were concerned with the issue.”

“Of course it had an effect here. There were tens of thousands of people on our streets and there was a presence in Parliament Square,” Browne said.

“There was a lot of concern, but it wasn’t restricted to one party. These people lived in everybody’s constituencies. It was all-party and I made sure it didn’t bleed into party politics.”

A Foreign Office spokesman said: “It’s perfectly normal for a Foreign Office official to set out the political context for British foreign policy. American diplomats similarly explain to us what Congress thinks of this or that American policy. There is nothing unusual about it.”