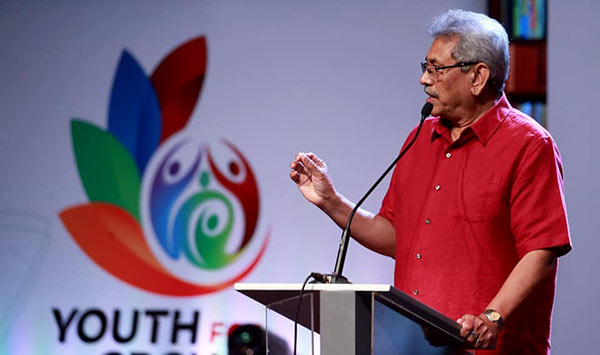 Presidential Candidate of the Sri Lanka Podujana Peramuna Gotabaya Rajapaksa says if elected he will revitalise all intelligence units to avoid another terror attack on Sri Lanka soil.

He attributed the Easter Sunday attacks to the destabilisation of the intelligence agencies in the country.

Speaking during an event in Colombo today, former Defence Secretary Gotabaya Rajapaksa said he will invest on regrouping the agencies promptly.

He also accused the present government of dismantling the country’s spy agencies during the past few years. Gotabaya Rajapaksa added under a future government he will ensure the media freedom and freedom of speech.

He said during his time as the defence secretary he did not restrict media freedom and noted that the print media criticised the military even during the conflict with the LTTE.

The Presidential Candidate noted that he also ensured the conduct of Northern Provincial council election saying the conduct of timely election is a pillar of democracy.

Gotabaya Rajapaksa added that under a future democratic administration he will not delay the conduct of elections, persons will be allowed to follow any religion, media freedom and freedom of expression will also be ensured in Sri Lanka.