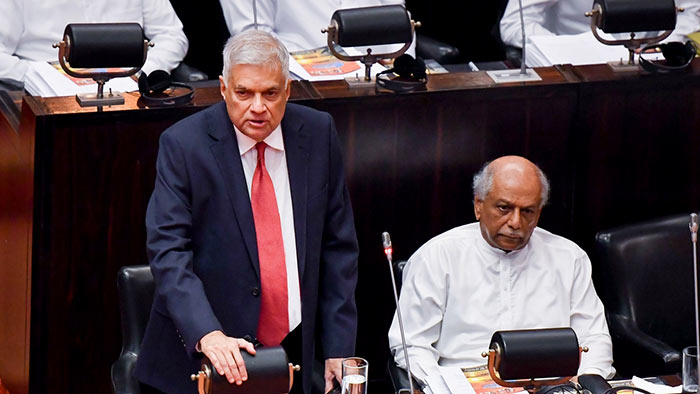 Sri Lankan President Ranil Wickremesinghe told Parliament today (November 23) that he would not allow another Aragalaya and if that happened again he would deploy the military and use emergency powers.

President Wickremesinghe told Parliament today that he would not dissolve the parliament until stability returns to the country.

He told Parliament that anyone can obtain permission from the Police and stage any protest without blocking roads and causing obstructions to people.

The President accused the Frontline Socialist Party (FSP) and its leader Kumar Gunaratnam of being responsible for the attempt to capture parliament on the 13th of July 2022.  “After doing so, they would have gone on to capture the Supreme Court,” he said while blaming the FSP for orchestrating the chaos.