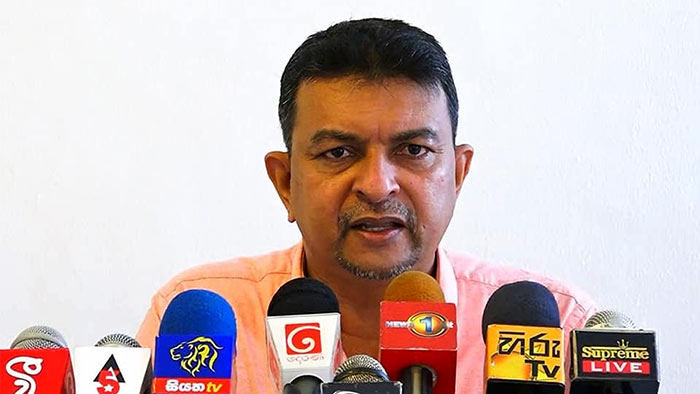 Teacher trade unions say the struggle over salary anomalies will not be brought to a halt until their demands are won.

Jayasinghe taking to social media this morning said they discussed at length whether their strategy must change moving forward adding their union action has made progress since the government agreed to provide increments in two phases as opposed to the initial proposal of three and four phases.

He said if trade unions optimistically move forward together, they can win over demands of receiving increments in a single phase.

The Chief Secretary said the representative of the Ministry of Finance continuously claimed they do not possess funds adding however trade unions will not accept the claim.

Jayasinghe questioned the claims of a lack of funds when millions are spent on political projects under the pretence of development projects such as allocating Rs. 100 million for the Chairman of the Provincial Development Committee, Rs. 20 million to the Vice-Chairman, and Rs. 2 million allocated to each Grama Niladhari Division and Rs. 30 million for local authorities.

He said all these projects are focused on next year’s Provincial Council Election.