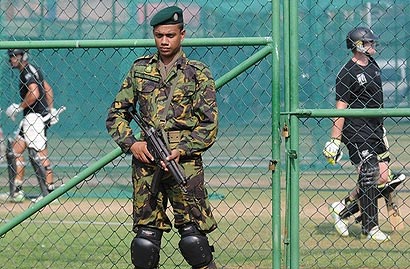 Security arrangements have been strengthened by the Police with the assistance of the Special Task Force and the three Forces for today’s World Cup semi-finals between Sri Lanka and New Zealand at the R Premadasa Cricket Stadium, Colombo, said Inspector General of Police Mahinda Balasuriya.

The IGP addressing the media at the Police Headquarters yesterday said that not a single person will be allowed to enter without a ticket.

Ticket holders will also be issued a band, he said.

“Do not purchase any tickets from outsiders at the entrance to the stadium,” the IGP added.

Cricket fans unable to purchase tickets could watch the match on wide screen at PD Sirisena Grounds, Colombo, Nawaloka Playgrounds, Peliyagoda, Galle Face Grounds and Parliament Grounds free of charge, the IGP said. Colombo DIG Anura Senanayake giving a detailed report in connection with how to enter the stadium said that ticket holders should follow the routes to enter the stadium. They could take the routes along Ingram Mawatha, Pradeepa Mawatha, Maligawatta and Jumma Masjeed Mawatha.

Special invitees will have a separate entrance through Vincent Perera and Babapulle Mawatha while several main roads will be closed for public traffic.

All tickets holders who enter the stadium will be checked at the entrance before being allow to enter, DIG Senanayake said.

A special entrance had been set-up for the special invitees and cricketers to enter the stadium, the DIG said.

“If any cricket fan needs to bring a papare Band to the stadium, they should obtain prior permission from Nishantha on 0718687768,” he said.

ICC and Interpol officials who are in Sri Lanka are satisfied with the security arrangements.

The IGP and the two Cricket Board officials paid tribute to President Mahinda Rajapaksa and Defence Secretary Gotabhaya Rajapaksa for their assistance in the security arrangements.

IGP Mahinda Balasuriya said that his security personnel will check people who come after consuming liquor and bring bottles of liquor to the grounds. 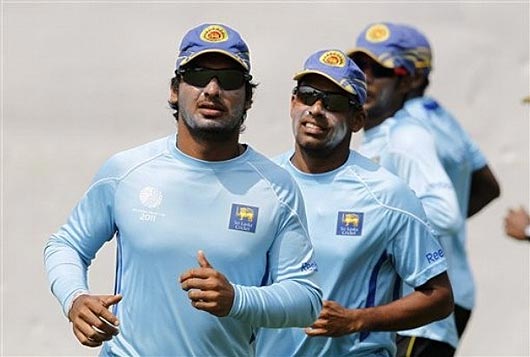