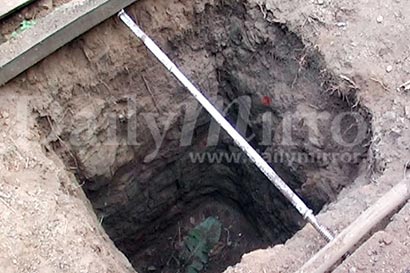 A 24 year-old Civil Defence Force member was found dead after he attempted to set a new Guinness world record at Wan-Ela in the Kantale area yesterday, the police said. The youth had told his family members in the morning to bury him alive in a trench he had dug earlier in the day.

The family members had been instructed to light a fire on top of the mock grave after burying the youth alive and to open it at 4.00 pm. When the family had dug open the mock grave the youth was found unconscious. He was rushed to the Kantale hospital and found dead upon admission, the Police added.