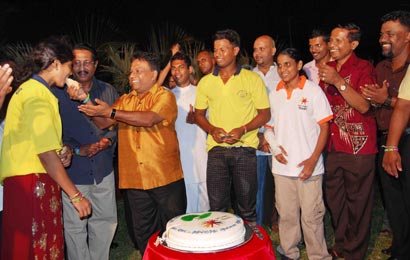 Dallas Alahapperuma, Minister of Youth Affairs and Skills Development said that inability to understand the language spoken by each other is the main reason for creating distance between different communities in Sri Lanka. It is an obstacle for peace among Sinhalese and Tamils as well. Minister Alahapperuma made these remarks when he met rehabilitated Tamil Tiger combatants at Sanath Jayasuriya Grounds in Matara, Southern Province of Sri Lanka yesterday evening. While taking part in the meeting of the friendship tour titled as ‘Talruppawen Polruppawata- Palmyra Garden to Coconut Garden’ held in Matara, Minister said the time has come to re-attach the broken hearts of the people of North and South. Minister also had cordial discussions and dinner with the ex-combatants.

Minister Alahapperuma further stated that President Rajapaksa’s concept of rehabilitation instead of attack and as well as friendship instead of hatred helped to bring much needed peace and end to the brutal terrorism that prevailed for more than three decades. Five hundred (500) ex-LTTE cadres who were rehabilitated in rehabilitation centres of North and East participated the event. More than three hundred youths from the South also joined with ex-combatants to help and assist them while they were in the South. This programme also guided the youths came from the North to build up the friendship and brotherhood with their counterparts in the South. A special musical show has been organized for them to enjoy at the Sanath Jayasuriya Grounds in Matara.

A special ceremony was organized to welcome them at the Fort Railway station. Speaking at the occasion Minister of Rehabilitation and Prison Reforms, Chandrasiri Gajadeera said the group of rehabilitated Tamil youths received a warm welcome at every city of south. It helps to create foundation for the ethnic harmony. The Minister also pointed out the tour helped to enlighten them on how friendly are the people in south and also intended to make them aware of living in a united country. Parliamentarian A.H.M. Azwar, Army and government officials were present at the Colombo Fort Railway Station to greet them.

Most of those in the rehabilitation camps have not been to other parts of the country or even stepped on a train. Many of them have not spoken to a Sinhalese apart from Army officials in the camps. The youth who participated in the tour reiterated that they are enjoying the prevailing peace in the country. They also thanked President Rajapaksa for giving this opportunity and a brighter future for their lives.

The tour is jointly organized by the Ministry of Rehabilitation and Prison Reforms and the Ministry of Youth Affairs and Skills Development. Sri Lanka Army, National Youth Centre and several institutions also have contributed for the success of the tour. 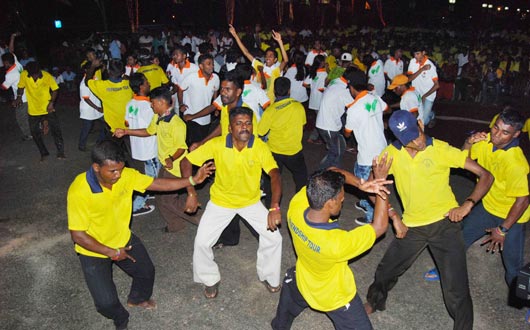 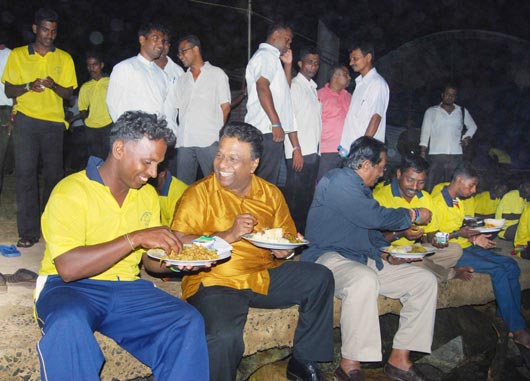 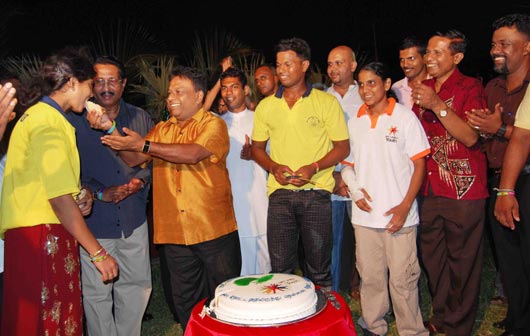