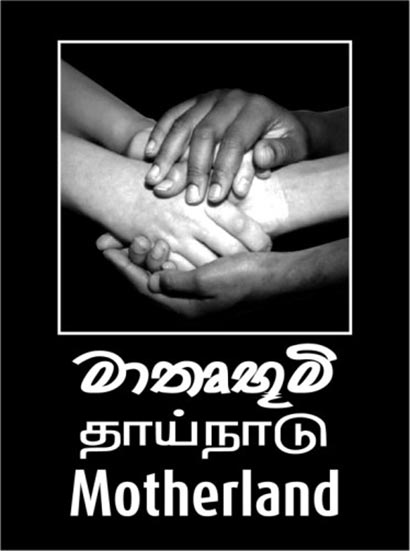 An Adishtana pooja and Satyagraha organised by the Surakimu Maubima National Organisation, to defeat anti-Sri Lankan forces and conspiracies will be held on Monday  at 4.00 p.m. at the Viharamaha Devi Park, Colombo.

Over 4000 Buddhist monks and  Hindu, Islam and Christian religious dignitaries are  expected to participate at the Satyagraha campaign along side this adishtana pooja. The peaceful Satyagraha campaign will be held at the Colombo Municipal ground after the pooja

The pooja and Satyagraha will invoke the strength, courage and blessings on all patriots to defeat the US sponsored anti Sri Lankan resolution at the ongoing 19th Session of the UNHRC.

The organisers  have appealed to the nation to unite irrespective of all differences to safeguard the motherland and take part in Mondays pooja.

Sri Lankan Ambassador  to UN in Geneva Tamara Kunanayakam describing the US move has said that the real interests of those who want to move a resolution against Sri Lanka have nothing to do with human rights in Sri Lanka, whether of Tamils, Sinhalese, or any other community. It lies elsewhere

There is a lot of hypocrisy and double standards being played out at the Human Rights Council, and the objective of the big powers is to turn the Council into yet another weapon at their disposal for use against developing countries.

With the growing global crises, especially at the centre of their own economies, they are becoming increasingly aggressive to gain control over the wealth and resources of their former colonies, in the hope that they can postpone the political crisis that will inevitably follow the present multiple economic, financial, environmental and social crises. That is why we have so much support from the developing countries and the emerging economies.

There is general recognition that Sri Lanka has made significant progress since the end of the conflict and that the LLRC report is a good one and that it contains very important recommendations. It is also seen as exemplary in its engagement with the international community, sending high level delegations to the Council sessions.

This is unacceptable to most countries, because it gives a role to the Council that was never intended. Moreover, there is a general feeling that Sri Lanka is being punished for cooperating. If the reward for cooperation is punishment, then why, they ask, should anyone cooperate with the Council?

Not only developing countries, but also European countries feel that Sri Lanka is being unfairly targeted.

Many say that the outcome of the battle at this Session will be alitmus test, the real issue being the survival of the multilateral system. Whereas the US seeks to convert the system into an instrument in the service of its foreign policy goals, based on confrontation rather than cooperation, developing countries and other emerging economies are fighting to maintain its multilateral character. A resolution on Sri Lanka will, many feel, be the ultimate test of the Council’s politicization. It will make it or break it.

In her statement to the Human Rights Council, the US Under Secretary of State, Maria Otero, unilaterally outlined the values which, she said, would guide their work within the Council, totally disregarding the principles that the UN General Assembly has determined and which the US accepted when taking its oath as member of the Council! “Cooperation”, which is embedded in the UN Charter and a duty incumbent on all States, is replaced with “dialogue”; “impartiality” and “non-selectivity” replaced with the vague and subjective values, “principle” and “truth” !

Let us also not forget that the US is vying for re-election to the Human Rights Council in May this year. The problem is that the Western Group has fielded 5 candidates for only 3 seats. It is believed that by revising the 2009 Council resolution that is favorable to Sri Lanka, adopted when the US was not a member, it is trying to show its allies that the Council cannot function without it.

Developing countries fear that such a decision would set a precedent giving an historic character to the Council permitting a powerful country, for reasons of its own, to reopen a dossier that has been closed to examine past violations.