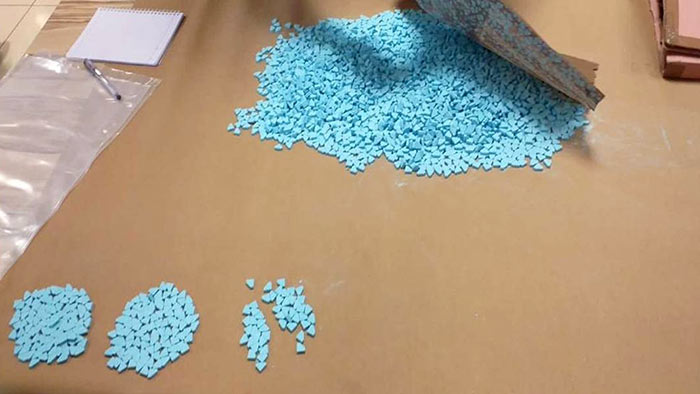 Officers of Sri Lanka Customs attached to the Central Mail Exchange recovered a consignment of 1.6 kgs of ecstasy pills containing methamphetamine which was sent from the Netherlands to a resident in Jaffna.

“The ecstasy pills have been found secretly hidden inside cardboard walls of the parcel,” said Sri Lanka Customs Spokesperson Sudattha Silva, who is also the Deputy Director of Customs.

4,000 pills weighing 1,600 grams were discovered and the officers of the Narcotic Control Unit of Sri Lanka Customs have assessed the approximate market value as Rs. 26 million.

A resident of the Wellawatte area who had arrived at the Central Mail Exchange to clear the parcel was arrested by the Customs officials.

The suspect and the stock of drugs are to be handed over to the Police Narcotics Bureau for further investigations.