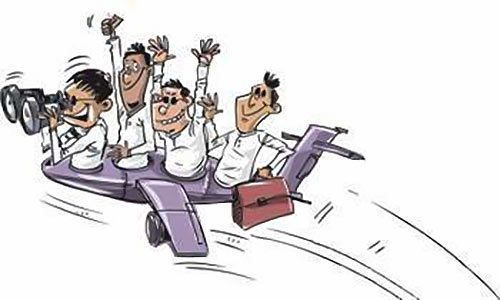 Both government and Opposition MPS are among those who plan to travel overseas during the holiday season.

Several MPS said that they were set to travel to the United States, United Kingdom and Australia among other countries, especially to visit their children who are either studying or residing in these countries.

Meanwhile, another group of MPS who plan to travel for the holiday season have already made reservations at the General’s House in Nuwara Eliya ahead of time, sources said.

The General’s House is a country house in Nuwara Eliya designated as the country residence for members of parliament. Parliament officials said the residence has been booked until December 31.

However, President Gotabaya Rajapaksa prior to his departure from Sri Lanka prorogued Parliament. Accordingly parliament sessions will resume on January 18, 2022, making the MPS entitled to a month long vacation.