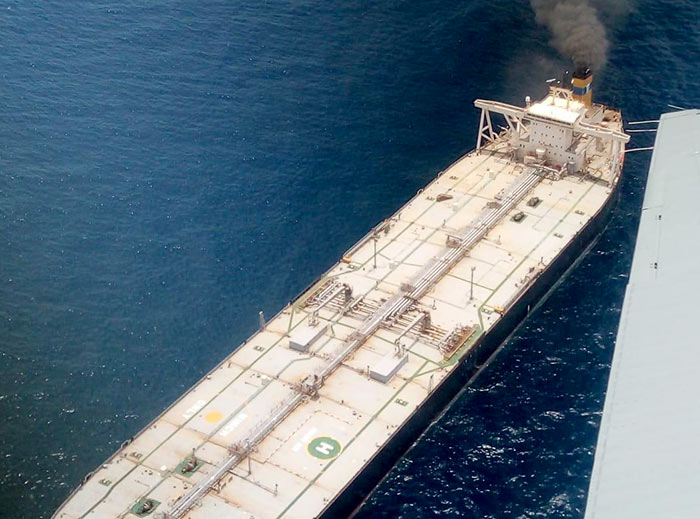 On the 16th of September, Attorney General Dappula De Livera submitted an interim claim of Rs. 340 Million to the counsel representing the owners of the distressed MT New Diamond Crude Oil Tanker.

The sum of Rs. 340 Million was estimated as the expenses incurred until the 15th of September.

State Counsel Nishara Jayaratne went on to note the Marine Environment Protection Authority (MEPA), The National Aquatic Resources Research and Development Agency (NARA) and Five Universities in the Country will have its experts team up to prepare a report on the damage caused to the marine environment.

An Interim Report on the findings was submitted to the owners of MT New Diamond and after the Final Report and Recommendations are received the Crude Oil Tanker will be taken 200 Nautical Miles away from Sri Lanka under the supervision and protection of the Sri Lanka Navy.

The MT New Diamond crude oil tanker was transporting 270,000 metric tons of crude oil from the port of Meena Al Ahmadi in Kuwait to the Port of Paradip in India when a fire broke out aboard in the eastern seas of Sri Lanka on 03rd September 2020 at around 0800 hrs.

The ship was sailing 38 nautical miles off Sangamankanda Point when it caught fire with an explosion in a boiler in the ship’s main engine room.

The distressed oil tanker in eastern seas was manned by 23 crew members including 5 Greeks and 18 Philippine nationals.

It was also reported that 1700 metric tons of diesel required for the use of the tanker is also stored onboard.

MT New Diamond is a 20-year old crude oil tanker that is 333 meters long and 60 meters wide, and sailed with a Japanese certificate and is registered in Panama.