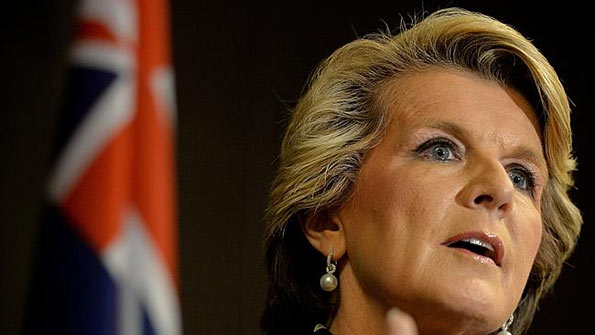 A boat carrying 65 asylum seekers crashed onto a reef near the remote Rote Island, off West Papua, last week and those on board said Australian authorities had turned them back.

A Sri Lankan asylum seeker called Kajuran told ABC News a similar story, but the claim was difficult to understand or verify.

“They picked up money. [An] Australian man, Customs, he gave money,” Kajuran had told the ABC in broken Bahasa Indonesia. “They made a deal.”

Hidayat said the boat crew, who are still under arrest, asked police to help send the money to their wives and police agreed.

He said it was their money because it was not received from people smugglers.

Indonesian laws that cover people smuggling prohibit helping people leave or enter the country without permission and benefiting from doing so.

The boat crew will still be charged with attempting to take people out of Indonesian territory.

When asked whether Australian authorities ever paid people to return asylum seekers, Ms Bishop had replied: “No.”