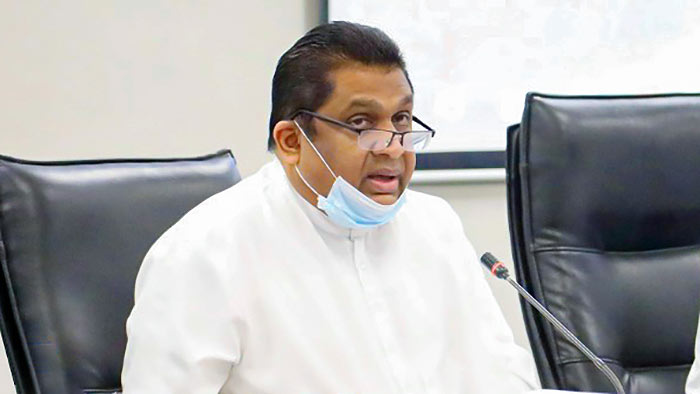 State authorities will visit ships to inspect the quality of imported gas onboard ships before it enters the country from today (2), and gas will be released to the local market after obtaining a report on gas odour, State Minister of Consumer Protection Lasantha Alagiyawanna yesterday (1) said.

Speaking to the media after the special Ministerial Consultative Committee which met yesterday (1) to discuss recent gas explosions, Alagiyawanna said the Government will implement the recommendations of the eight-member committee appointed by President Gotabaya Rajapaksa on 30 November. The committee is due to submit its report in two weeks.

“Apart from that, it was proposed to update and issue amendments to existing standards of the Sri Lanka Standards Institute (SLSI). In addition, experts who attended the meeting noted that gas cylinders will not explode even when the composition of Propane and Butane is changed. However, they pointed out that if equipment such as a regulator does not meet the required standard when the gas composition is changed, then there is a possibility to cause explosions due to gas leaks,” he said.

Meanwhile, Prof. W.D.W Jayathilaka who is a member of the committee told the meeting about the possibility of the absence of Mercaptan that emits a pungent odour to warn of a gas leak. It was decided at the meeting to release gas to the market after obtaining a report on gas odour.

The consultative committee met following the order of Speaker Mahinda Yapa Abeywardena on 30 November. He made the order after several government and Opposition MPs requested parliamentary intervention on the gas explosion controversy. Trade Minister Dr. Bandula Gunawardena chaired the committee.