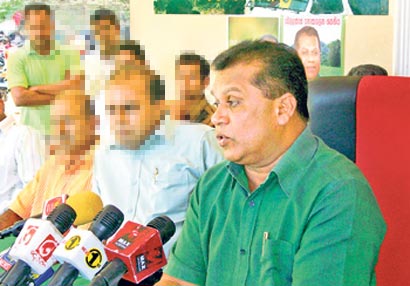 Opposition Leader Ranil Wickremasinghe is attempting to put forward a henchman as the candidate for the Mayor of Colombo, UNP Parliamentarian Ranjith Madduma Bandara stated.

Speaking at a media briefing held in Colombo today (August 16), he said that candidates for Colombo should be those with the necessary qualifications, adding that the internal problems of the party were also due to the fact that those who were qualified for certain posts were not being appointed.

MP Madduma Bandara said that if the UNP are to win the Colombo Municipal Council then it has to put forward a suitable candidate who is qualified for the post.

He also recommended Imtiyaz Bakeer Markar for the post as he is capable of winning the hearts of the Sinhala, Tamil and Muslim people in Colombo.