Choose the candidate with the best manifesto: CBK 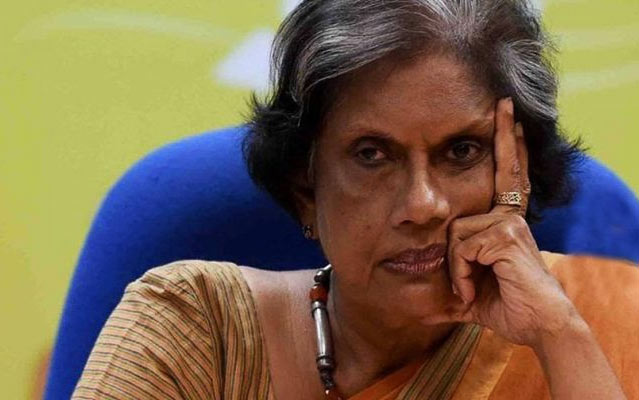 Former President Chandrika Bandaranaike Kumaratunga urged the public to take into consideration the policies put forth by the presidential candidates when casting their vote at the forthcoming presidential election.

Kumaratunga was speaking at the ‘Api Sri Lanka’ convention, an SLFP rebel convention held at the Sugathadasa Indoor Stadium.

“Gotabaya says he will bring back freedom and eliminate corruption. I consider this a huge joke, “she said.

“What did the Rajapaksa’s do when they were in power? Did they increase salaries of state workers, did they uplift the agriculture sector as they say they will do in their current manifesto?”

Kumaratunga went on to say that the Rajapaksa’s have done more harm to the SLFP as opposed to the United National Party (UNP). She said the UNP had assured the SLFP was given a place in the current government.

Meanwhile, UPFA Parliamentarian Kumara Welgama speaking at the convention said if the SLPP was voted into power it would be the end of the SLFP.

Welgama advised the public to refrain from voting for those who have destroyed the SLFP.

“I cannot tell the public to vote for a specific person, however I can say I wouldn’t be voting for the Rajapaksas.”

3 Responses to Choose the candidate with the best manifesto: CBK

Home » Choose the candidate with the best manifesto: CBK