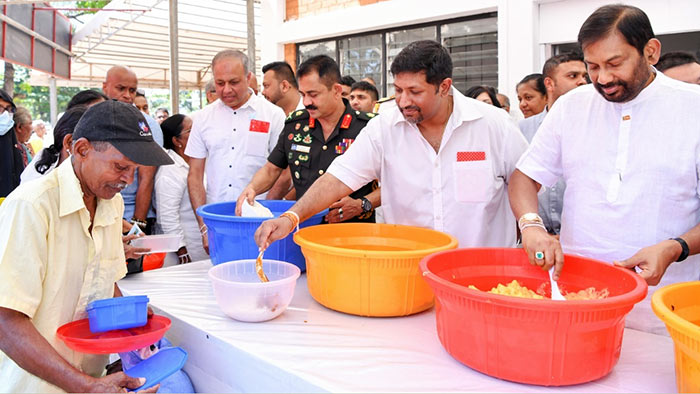 A community kitchen program based at the historic Hunupitiya Gangaramaya Temple was launched on Sunday (January 01) under the leadership of President’s Chief of Staff Sagala Ratnayake.

This program is being implemented targeting 2500 families in Hunupitiya in the Slave Island Police Division, Slave Island, Galle face, Ibbanwala and Wekanda DS Divisions, who are finding it difficult to get food.

This daily community kitchen program will run for 40 days from the 01st of January.

During this period, the government has taken steps to improve the economic conditions through welfare programs such as creating self-employment opportunities, providing professional training, and providing social development to the people of the beneficiary families.

This community kitchen is run with the help of the Gangaramaya temple donors, the tri- forces, the police, the Civil Security Department, and government agencies, as well as the International Lions Club, Rotary Club, and many private organisations, under the guidance of the Presidential Secretariat. 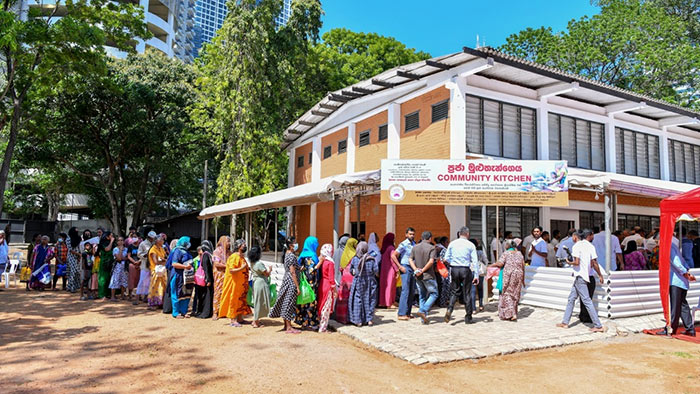