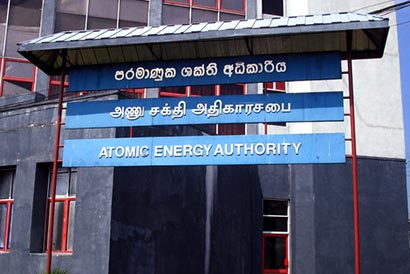 Tests conducted by the Atomic Energy Authority of Sri Lanka have determined that the goods (125 items) unloaded at the Colombo Port on Thursday contained high concentrations of Cobalt 60, a radioactive substance usually used to treat cancer.

The Authority has banned the entry of these goods to the market.

The radioactive nature of the goods was revealed in a routine scan by radiation scanners installed at the Colombo Port by the Atomic Energy Authority.

Members of the Protective and Regulatory Unit of the Atomic Energy Authority led by Senior Deputy Director Anil Ranjith who examined samples of the cargo on site and in their sophisticated laboratory confirmed the presence of radioactive materials, especially Cobalt 60, a spokesman for the Power and Energy Ministry said.

The 40-foot container is now kept under heavy security and with full safety measures at a special location belonging to the Sri Lanka Ports Authority under the supervision of the Atomic Energy Authority.

It is conducting further tests to determine whether every item in the cargo is radioactive. As a precautionary measure, none of the items will be released to the market.

The Authority has requested the Customs to provide information on the Indian company which exported the products to Sri Lanka.

There is no chance of such substances gaining entry to the country, Chairman Wijewardane said.

2 Responses to Container of radioactive goods seized at Colombo Port