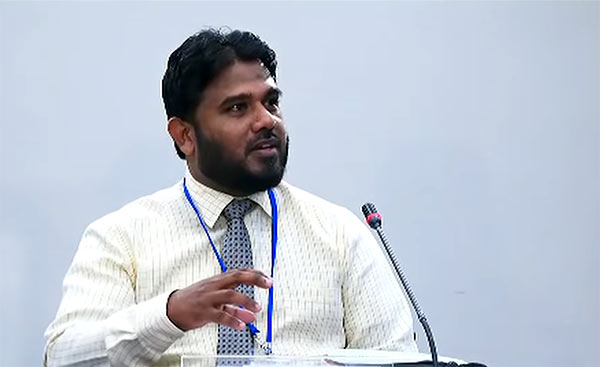 Ceylon Thowheed Jamaath (CTJ) General Secretary Abdul Razik, testifying before the Parliament Select Committee yesterday revealed that they had met intelligence officials in 2016 and had alerted them of Zahran Hashim’s preaching’s which they felt were veering on extremism and calling for the murder of non-Muslims.

“Since 2013, I have been approached by the Terrorist Investigation Division,” he said. “I have spent days and hours answering numerous questions relating to the organization. Whenever such a request was made, we complied.”

Razik who distanced himself from Zahran Hashim said that he had neither met nor seen Zahran.

“The other bomber Hasthoon (Katuwapitiya blast) did come to our organization with his partner Pulasthini in 2015 and asked for our assistance to accommodate her since her mother refused to look after her,” he said. “We refused to do the same and referred them to the Maligawatta Police.”

Razik adds that Hasthoon had even sought their assistance to convert Pulasthini to the Islamic faith so that they could marry. Razik showed the committee a letter requesting the same signed by Pulasthini as well as photocopies of both their Identity Cards.

“We are against ISIS and extremism in all forms. We stand by our statements that the bombers do not represent our religion. In fact, even Zahran in one of his last video went on to talk about our organization telling followers not to be enticed by us.” Razik said whilst showing the committee a video where Zahran is talking against the Ceylon Thowheed Jamath.

Razik however vouched his support for P Jainulabdeen, the founder of Tamil Nadu Thowheed Jamaath (TNTJ). P.Jainulabdeen or PJ as he is known is barred from entering the country. This Razik says is an attempt by politicians such as Azath Salley who used PJ to further their political interests.

“There is one politician, Azath Salley, who constantly agitates against PJ and went to the extent of revoking PJ’s visa to Sri Lanka. We filed a fundamental rights application in this regard,” he said. “PJ does not advocate or promote extremism.”

He was once deported from Sri Lanka in 2005 and was denied visa in 2008 and 2015. Stiff opposition was levelled against PJ over the presumption that his presence in the country will disturb intra-muslim and inter-religious harmony in the country. PJ.Razik said was to be invited for the release of the Sinhala translation of the holy Quran.