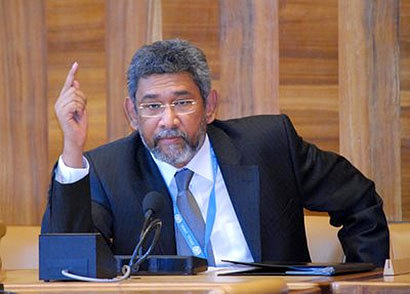 Jayatilleka, once President Mahinda Rajapaksa’s ambassador to the United Nations in Geneva, has said in an article that he was making this recommendation although “I have a very dim view of Chandrika Bandaranaike Kumaratunga as a presidential candidate and Gen. Fonseka as a future president.’’

“All it takes is for a UNP National List MP or two to be persuaded to step down, and CBK can go into parliament and become a frontbencher or even the leader of the opposition,’’ he has said in an article titled “Theocratic Fascism and latent separatism.’’

“The same goes for Gen. Fonseka and if there is a legal impediment, Mrs. Anoma Fonseka can be sent

instead. These two, namely CBK and Mr. or Mrs. Fonseka will rock the House. They may even attract some MPs from the other side. They will soften up the government and change the atmosphere before the crucial pair of elections early next year.’’

“If this is not done now, one can only conclude that the UNP cares more about something other than rebalancing Sri Lanka’s politics.’’

Jayatilleka offers a five-point program to alter the status quo. Other than sending CBK and SF to parliament, the other points he makes are: