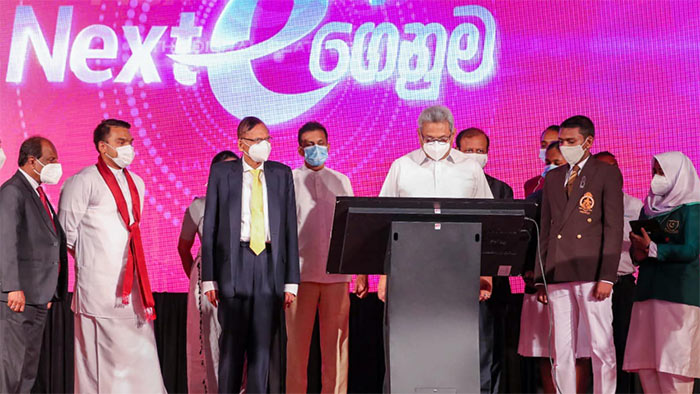 President Gotabaya Rajapaksa points out that the “Digital Platform” is a great opportunity for the public to come up with ideas and creative proposals in order to formulate a “Sustainable Education Policy Framework”.

“The vision and philosophy of a country is shaped by its education system. An outdated education system creates a society that cannot keep pace with the modern world. A policy formulated as a result of wide public representation cannot be changed in the event of a change of Government,” the President said.

President Rajapaksa states that one of the main objectives of the National Policy Framework, “Vistas of Prosperity and Splendour” is to design  and nurture knowledge-based human capital to suit the 21st century. To achieve this target, a number of educational reforms need to be implemented. President Rajapaksa says that he expects the future generation of the country to be brought before the world as a generation armed with knowledge and talent through the ‘new education reforms.

The President made these remarks addressing the ceremony held at Temple Trees yesterday (26) to launch the ‘Digital Platform’ to solicit the views of the public on the proposed education reforms.

From today for the next three months, the public can submit suggestions and ideas for new education reforms to the “digital platform” through egenuma.moe.gov.lk website.

People are invited to submit proposals under four main sub-sectors specifically Pre-School Education, Primary and Secondary Education, Vocational and Tertiary Education and Higher and Vocational Education. The “Digital Platform” is open to receive wider public feedback and suggestion for a sustainable education policy. Another goal of the reforms is to enhance avenues to higher education. Job oriented skill development is expected through the modernization and restructuring of curricular in the universities.

The President said that a total overhaul is required in the Open University system so as to assist those who are employed to improve their further educational qualifications.

He said that his aim was to provide a complete sophisticated education to all Sri Lankan children from the pre-school stage and that the current shortcomings in the internet and technology facilities would be fully addressed by the year 2023.

The President noted that he expects to usher a prouder future for Sri Lanka which has inherited a proud past with new education reforms.