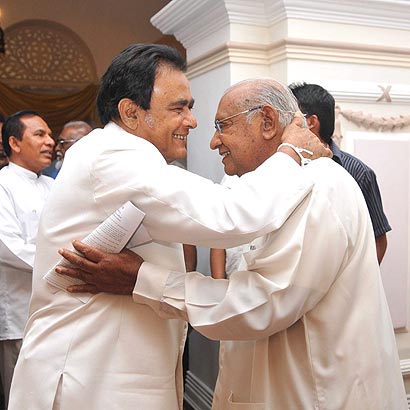 Mr D.M.Jayaratne, senior member of Sri Lanka Freedom Party (SLFP) was sworn in before the President Mahinda Rajapaksa as the 14th Prime Minister of the Democratic Socialist Republic of Sri Lanka at Temple Trees this afternoon on 21 April.

Disanayake Mudiyanselage Jayaratne (79 years) the former parliamentarian from Gampola electorate in the Kandy district was appointed through the National list for the newly elected United Peoples Freedom Alliance (UPFA) government before he was sworn in as the Premier. Mr Jayaratne entered to the parliament in 1970 and is recognized as a very loyal MP to SLFP. He has held many ministerial posts and eagerly waited for the Premiership for a long time. 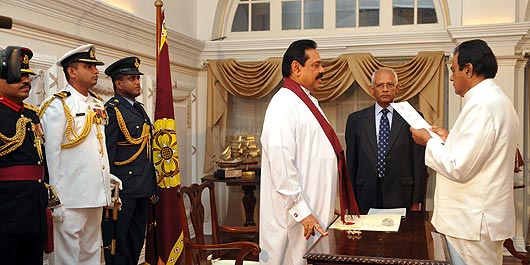