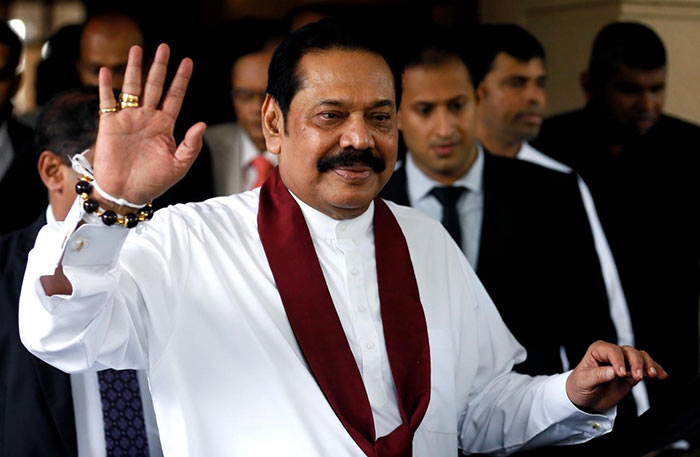 The European Union will consider stripping Sri Lanka of its duty-free access if it backs off commitments on rights, the EU ambassador said, amid worries stoked by the president’s replacing of the elected premier by a wartime nationalist.

The European Union is worried the return of Mahinda Rajapaksa, as prime minister, could derail halting progress made toward national reconciliation following a war with ethnic minority Tamil separatists that killed tens of thousands, many during the final stages under his watch as president.

“The government got GSP on the basis of certain commitments, if these commitments are not met, then we would consider withdrawal,” EU ambassador to Sri Lanka, Tung-Lai Margue, told Reuters on Thursday.

Margue was referring to Generalised System of Preferences Plus status, under which Sri Lanka’s top exports of garments and fish get lucrative concessions in the world’s largest single market.

Margue was among a group of diplomats who met President Maithripala Sirisena this week for a briefing on the crisis sparked by his sacking of the prime minister.

The EU provides the trade concessions to developing countries, while it also monitors certain conditions including human rights.

Sri Lanka promised the EU in 2016 it would work toward reconciliation with Tamils, who mostly live in the north and east of the predominantly Buddhist nation, through greater political and economic autonomy.

Sri Lanka also pledged to provide justice and reparations to victims of human rights violations committed during the 26-year civil war, many of which were blamed on Rajapaksa and his brother, Gotabaya Rajapaksa, who was his defense secretary.

Both say the military only targeted insurgents, not civilians.

Margue said some progress had been made toward human rights by the administration of sacked prime minister Ranil Wickremesinghe, such as the establishment of a missing persons’ office to trace the thousands of Tamils and minority Muslims who disappeared during the war.

But more needed to be done and there were questions about whether a government led by Rajapaksa would pursue justice for victims as vigorously.

“I don’t know what his policy on reconciliation would be like. I have fears it won’t be the one we agreed on,” Margue said.

Rajapaksa was not available for comment, but his son Namal Rajapaksa, who is a member of parliament, defended the family’s record and cautioned against pre-judging policies of the administration.

“Reconciliation has, and always will be, a focal area for us. If there is concern that GSP will need to be withdrawn, these concerns are unfounded and presupposed in error,” he said.

Soon after he was appointed prime minister on Oct. 26 Rajapaksa also struck a conciliatory note, saying he would “eschew the politics of hate”, protect human rights and the independence of the judiciary and establish law and order”.

Sirisena suspended parliament last week, after he sacked Wickremesinghe. Wickremesinghe has denounced his removal as illegal.
Both the United States and the EU have called for parliament to be convened at the earliest to let lawmakers decide who should be prime minister of the country of 21 million people.

On Friday, the speaker of parliament said Sirisena had agreed to summon a session on Wednesday next week.

The EU warning on trade is the strongest yet from Western powers which, along with India, the island’s nearest neighbor, have urged Sirisena to abide by the constitution.

On the other hand, China, which invested billions of dollars during Rajapaksa’s presidency, has called for non-interference and said Sri Lanka could tackle its own problems.

Diplomats said trade was key to Sri Lanka’s $87 billion economy and the EU is its biggest export market, accounting for nearly a third of exports in 2017.

Sri Lanka regained the GSP plus preferential treatment in 2017. Its exports to the EU have since jumped 18 percent, and the financial year was not yet over, Margue said.

China, in contrast, has faced criticism for its big projects that have left Sri Lanka so much in debt it had to hand over control of a port to China.

“It’s better to do trade than have friends, friends who give loans,” said a Western diplomat referring to China’s lending.

Sri Lanka’s garment industry is its second-biggest hard currency earner, after remittances, worth about $5 billion a year, with goods supplied to top brands including Victoria’s Secret, Tommy Hilfiger, Nike and Marks & Spencer.