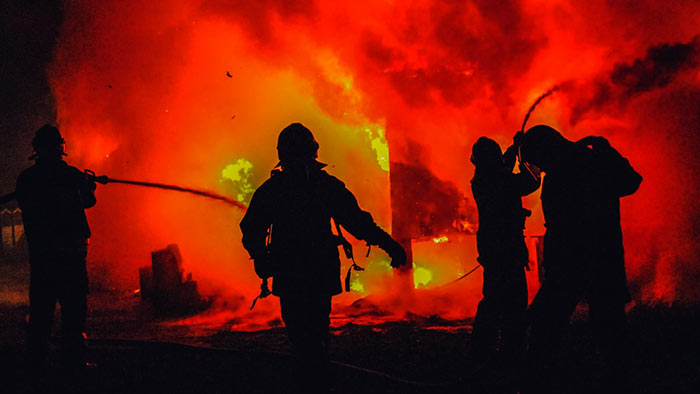 Ten people have died in a fire at a building where Sri Lankan, Indian and Bangladeshi migrant workers live in the Maldives capital of Male, early on Thursday, November 10.

Maldives foreign minister Abdulla Shahid has confirmed that nine Indians and one Bangladeshi national were dead.

The Maldives National Defence Force, too, has said that 10 bodies have been found on the premises.

The High Commission of India at Maldives has expressed sadness at the tragic fire, acknowledging reports on the loss of Indian lives. It has opened helpline numbers for assistance and has tweeted that their offices are in touch with Maldivian authorities.

A diplomatic source earlier told The Wire that there were Indian nationals among victims but identification is still underway. “Therefore, no official numbers can be given for the Indian dead, till confirmed,” the source said.

The Sun outlet has reported authorities as having said that the identification of bodies is proving difficult due to the fact that they are severely burned.

Sun has also reported that the fire broke out in a garage at the M. Nirufehi locality, near the Maaveyo Mosque, at around 12:30 am today.

“The garage is located on the ground floor, while the first-floor houses cramped living quarters for migrant workers – the only ventilation – a single window,” the report said.

AVAS reports that around “18 foreigners lived in the building,” according to accounts from neighbours. The house has 10 rooms on two floors, the report says.

An estimated 15 people who live in the building remain missing, Sun has reported.