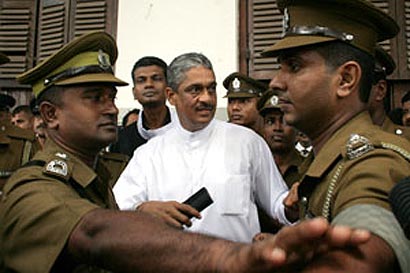 The court made this directive after his lawyers informed court that this facility which was given to other prisoners was not provided for Mr.Fonseka.

The directive was made when the trial-at-bar into the “white flag’ case resumed.