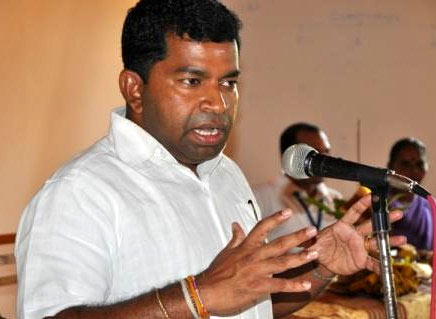 Former Eastern Province Chief Minister Sivanesathurai Chandrakanthan alias Pillayan was arrested by the Criminal Investigation Department short while ago when he arrived at the CID office in Colombo this evening to give a statement, police media said.

He was summoned by the CID to record a statement in connection with the killing of former TNA parliamentarian Joseph Pararajasingham who was shot dead on December 25, 2005 in Batticaloa.