Galle Face Protest: Police request to remove obstructions – Request to be heard on May 10 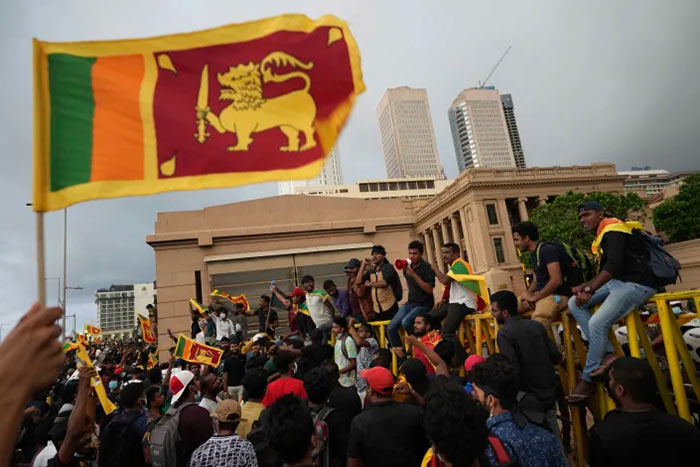 Colombo Additional Magistrate Shalini Perera today (May 06) ordered for a request by Sri Lanka Police to remove the obstructions opposite the President’s Office in Galle Face, to be directed to the Chief Magistrate on the 10th of May.

The Additional Magistrate made this order consequent to a request made by Fort Police through the Attorney General’s Department.

State Counsel Shavendra Wickrama appearing for the Attorney General told the court that two cases regarding the protest have been filed with the Colombo Magistrate’s Court by Sri Lanka Police.

A group of lawyers including President’s Counsel Saliya Pieris and Upul Jayasuriya PC appearing for an individual engaged in the protest raised objections against the prosecution’s request and moved Court that they be allowed to peruse the video footage presented to the court by police.

Taking into consideration the facts, Additional Magistrate Shalini Perera fixed the case for  May 10 to be heard before Colombo Chief Magistrate.

2 Responses to Galle Face Protest: Police request to remove obstructions – Request to be heard on May 10

Home » Galle Face Protest: Police request to remove obstructions – Request to be heard on May 10