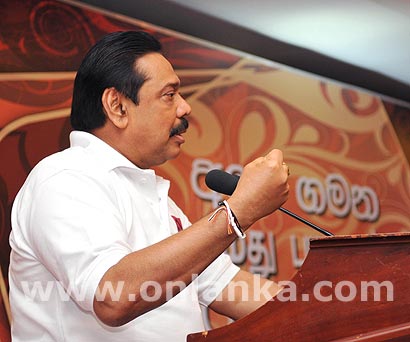 “The public has placed utmost trust and confidence on ‘Mahinda Chinthanaya- Idiri Dekma’ and re-elected me as the President of this country with a huge majority and given almost 2/3 power in the parliament at the last General election. Therefore the UPFA parliamentarians should be committed to fulfill public aspirations and their trust should never be betrayed” said President Mahinda Rajapaksa at the final session of the two day workshop at the Rivarina Hotel, Beruwala on 8th August.

‘Ape Gamana- Our March,’ workshop which was organized by the Presidential Secretariat for government parliamentarians during the weekend to inform them on implementing Mahinda Chinthanaya Policy Manifesto efficiently and effectively and future measures to accelerate the development plans island wide.

President Rajapaksa emphasized that the UPFA parliamentarians should work together as a united group in brotherhood to carry forward the government’s programmes successfully. He said that the views raised and the proposals presented at the workshop would be significant and crucial in implementing the People friendly Mahinda Chinthanaya.

Special attention was focused on global economic trends and the manners how post-war Sri Lanka should meet them and also educated them about the current economic situation in the country. They were given lessions on the role of the public representatives in creating a prosperous country.

The workshop which was concluded in Beruwela on Sunday afternoon was conducted by senior lecturer of the University of Colombo Prof. Laksiri Fernando, senior lecturer of the University of Peradeniya, Dr Dhamma Dissanayake and Dr Charitha Herath. Ministers, Deputy Ministers, MPs, members of the Presidential Secretariat, Secretaries of the government departments and many other government officials were participated. 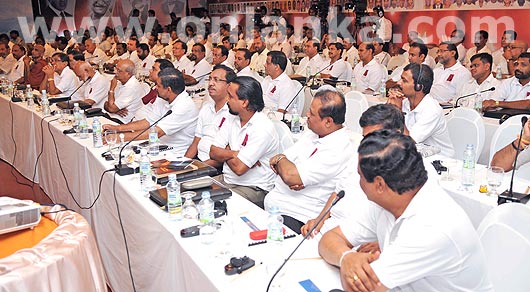