In what is clearly double speak and hypocrisy the US asks Sri Lanka to protect the minorities while in the US hate crimes has jumped to over 50%. The statistics itself are appalling. The term Islamophobia itself was coined probably by the West in an overall plan that cannot omit drawing a link and partnership with West to Islamic fundamentalists in their common objective that has little concern for the victims even if they are Islamic adherents following them because of their allegiance to Islam. This aspect cannot be ignored and needs to be one of the key components in any discussions that centres around the topic of extremism and intolerance vis a vis the Muslim factor.

There is little doubt of a historic partnership between western powers and political Islam used to dominate the strategically vital Middle East by creating and unleashing Islamic fundamentalists. It is a pity that Muslims have fallen prey and not understood the real politik of this plot.

There is little that CIA, Pentagon can deny of its links to supporting Al Qaeda, Muslim Brotherhood, Khomeni, Afghan Jihadists and other radical Islam groups while pretending to be at war with them and using Western media to denigrate Muslims globally. Muslims who have fallen for Islam’s teachings through madrassas programmed to instill in them a brand of Islam to take up arms and fight have been pawns in the hands of mullahs working from the pocket of the West. These radical Muslims are the West’s bosom buddies because every Government that makes money from war chests are people who have no love for people, nation, religion or even sustaining planet earth. They see dollars and dollars and dollars only.

There has to be more reasons to why a religion worshipping Allah would have differences large and strong enough to take up arms against each other. There has to be reasons why Islamic nations would tie up with West to agree to develop opposition against a fellow Islamic nation. There has to be reasons for new Islamic ‘irritants’ that Muslims are being forced to adhere to on the pretext and assumption that it is part of Islam. We can label these irritants as halal, halal logos/labels, open animal sacrifice, loud speakers at mosques that have been purposely built close to places of non-Muslim religious sites, new identity portrayed through Arab dress code for men, women and even children etc. There is a strong belief that these irritants are been purposely promoted to create the much wanted disharmony while on the surface the US envoys can preach ‘tolerance’ for minorities that lead to UN Resolutions and thereafter ‘intervention’ of a kind suited to the Western agenda.

While the US preaches ‘tolerance’ in countries where probably it has been the root cause for that intolerance, in the US, hate crimes soars. 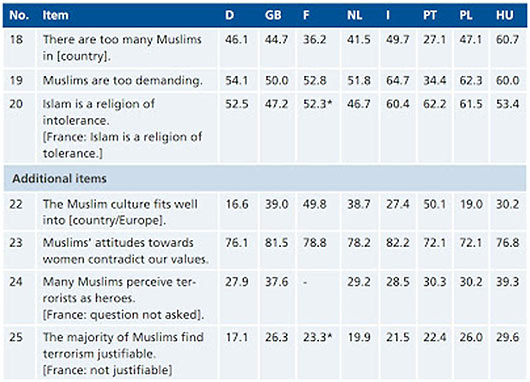 There is also an uncanny way that the West has found it easy to create a problem and quickly bring in legislation that curbs the rights of people and gags them from making opposition.

Thus, we have hate crimes and so there are now hate laws. We are made to believe that hate crime laws are meant to deter haters from striking out and to demonstrate that authorities mean business on hate crimes. So how many of these offenders actually read hate law legislation to fear the penalty? If one takes a good look at some of the cases of mass shooting in public in the US and Europe most of the killers were mentally ill.

With a War on Terror on and US claiming to be masters at catching terrorists, is it not surprising that with each day not only are terrorist organizations rising they are finding arms and ammunition supply easily as well as taking control of countries very much in the Western sphere of interest. Put two and two together and it is not hard to conclude that there has to be a connection between the world’s terror outfits and the West.

The latest drama is the ISIS claiming to destroy the Kabba in Mecca and take over the city of Arar. There has to be something more to who controls Muslims killing each other for difference of cognition and therein lies the answer to the question of peaceful co-existence if such is the nature of people. We cannot rule out who can be responsible for the mischief taking place though we need to also add that just as the bribe giver is guilty so to is the bribe taker. Therefore, though we blame the West what needs to be categorically said is that the catastrophes taking place round the world has inherently some link to the religious text and its interpretation for it is based on these interpretations that followers of the various fundamentalist groups have emerged. Therefore, there is much need for introspection. According to John L. Esposito, Professor of Religion and International Affairs and of Islamic Studies at Georgetown University, “ISIS is capable of doing anything. Saudis will repent one day for having  supported Islamic terrorism all over the globe”

Let us not forget that the CIA overthrew a democratically elected Iranian leader in 1953 and put the Shah in power, CIA funded ayatollahs, and began to use Islam for its own advantage. The intellectual Muslims failed to rise and educate their people not to fall prey. The Muslim youth have become guinea pigs of the West’s geopolitical agendas and they have not cared that these brainwashed men let loose around the world, trained in arms and with no focus except to kill may end up on their home turfs as we are seeing how annoyed the British are of late.

Those still in doubt of America’s links to political Islam need to read up on CIA spending billions to support the Jihadists in Afghanistan, how US is currently covertly aiding terrorists to create a civil war in Syria in a bid to overthrow its President and take over the country.

ISIS is alleged to be funded by Saudi Arabia and CIA and trained by the Pentagon (Global Research) – when ISIS declares a caliphate in the Middle East and all Muslims are called to pay allegiance to it. The question is for whose benefit and in whose interest is ISIS being formed?

With these facts facing us in the face should we not question the silence by the Western media and Human Rights Organizations for hate crimes against Muslims in the West while these same entities jump to demand tolerance and rights for Muslim minorities? Are these hate crimes simply a violent gesture in the West to explicitly declare ‘no-go’ areas while Muslims are encouraged in fact promoted to align to irritants that form the basis for people to question the demanding nature of Muslims when in Muslim dominated countries they do not cede any space or offer any compromise to non-Muslims.

The hijacking of political Islam and its bended usage by the West primarily at the cost of a naïve global Muslim public unable and unwilling to realize that they are being monopolized via their own faith is leading to a greater calamity unless sense prevails.

The doublespeak and hypocrisy of the West is more than evident because not only are they helping create irritants among non-Muslim communities unwittingly accepted and promoted by Muslims who cannot see beyond the call demanding that they ‘submit to Allah’ have made Muslims easy prey and explains why Islamic fundamentalists are the easiest breeding ground for terrorists.

The mainstream media and the human rights organizations both of which are in the pockets of and controlled and influenced by the West are silent on the crimes of the West and reluctant to expose the links as well as debate on the mischief being created to push different agendas. The silence of media and human rights organizations and their action against selected countries completely dispels their credibility and people should revert to alternate media to believe what is going on around the world if they wish to know the truth or be ready to digest nothing but lies and distortions.