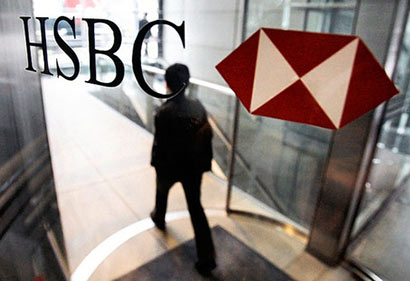 British banking multinational, HSBC has been found to have financed Saudi Arabia’s Al Rajhi Bank, which has links to financing terrorism in Sri Lanka among other countries, the money laundering investigation report prepared by the United States Senate’s Permanent Subcommittee on Investigations on the bank revealed last week.

According to foreign media reports, the ongoing probe has found that HSBC in 2009 authorized its affiliate to supply Indian rupees to Saudi Arabia’s Al Rajhi Bank, which, the report said, has links to financing terrorism. The 340-page report has sections on how HSBC established links with Saudi Arabia’s Al Rajhi Bank where in 2009, HSBC had authorized its Hong Kong branch to buy rupees for the Saudi bank.

It cited a lawsuit to say that charitable organizations such as the IIRO use banks like Al Rajhi Bank to “gather donations that fund terrorism and terrorist activities” under the guise of IIRO funds labeled and designated for purposes such as ‘war and disaster’ or ‘sponsor a child’.
The investigations found that HSBC, the British bank with its headquarters in London, allowed affiliates in countries such as Mexico, Saudi Arabia and Bangladesh to move billions of dollars in suspect funds into the US without adequate controls.

IIRO is a Saudi-based nonprofit organization that was added to the SDN list by the United States for “facilitating fund raising for Al Qaeda and affiliated terrorist groups,” the report said, while adding that HSBC’s internal Financial Intelligence Group (FIG) itself had raised questions about IIRO in 2003.