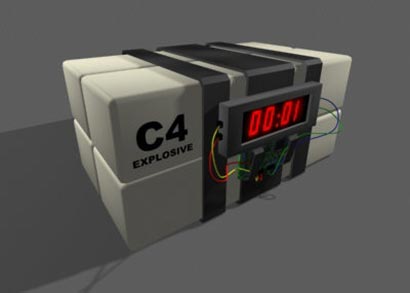 Two years after the decisive battle in which the Tamil Tigers were vanquished, Sri Lankan security forces made their biggest-ever haul recovering 6,250 kg of hidden LTTE explosives.

The arms cache was busted in a joint search operation of Army and police in the former LTTE bastions of Mullaithivu and Kilinochchi districts on Sunday.

The joint operation of the Army and police busted a big hidden arms dump at Iranamadu and Nanthikadal in the Kilinochchi district, where 6,250 kg of C-4 explosives were found, police said.

The sandy Nanthikadal lagoon, was the site where the Tamil Tigers commanded by their supreme leader Velupillai Prabhakaran made their last stand.

Superintendent Ajith Rohana, the police spokesman said, “This is the largest ever quantity of explosives uncovered“.

He said the explosives were contained in 200 bags and hidden in a bunker used by the LTTE during their days of the military campaign.

Rohana said in the adjoining Mullaithivu district another 300 kgs of C—4 were uncovered in the Puthukudyiruppu area along with other weaponry.