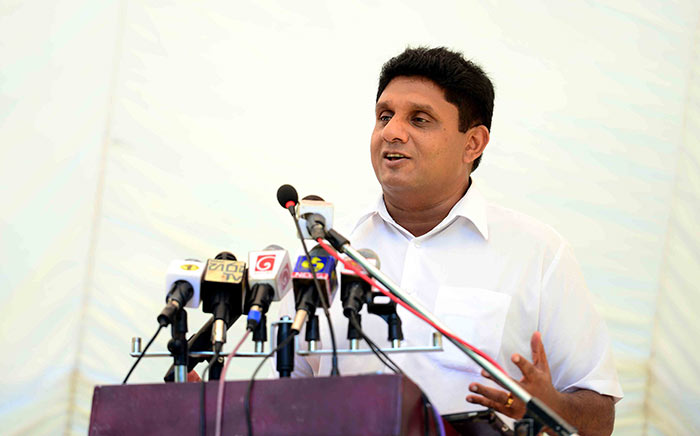 He gave this assurance at election rallies in Thotalanaga and Kimbula Ela recently.

“Although US President Donald Trump repeatedly clashes with his democratic opponents but he has managed to enter into an agreement with the Democratic Party to distribute a handout to the people. The British government has decided to bear 80 per cent of the monthly salaries of all workers till the economy is back to normal.

Bangaladesh has decided to bear the entire cost of the salaries of all workers. However in Sri Lanka people have to go behind politicians even to obtain the Rs.5000 by the government,” Mr. Premadasa said.

“Some may ask how we are going to give this handout. I shall show how Ranasnghe Premadasa’s son does things,” he said and added that it was doubtful whether the UNP local government members who try to make things difficult for those who are support the SJB will be in a position to contest the next local government elections.