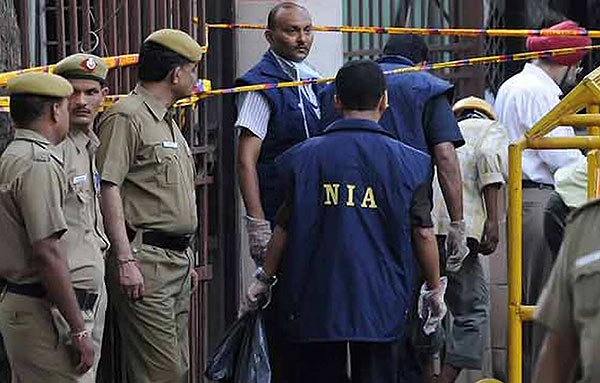 The city offices of Wahdathe Islami Hind at Mannady and Vepery were searched by the investigating officers in connection with Easter Day blasts in Sri Lanka recently.

Three persons are being questioned in connection with the raids, sources told News Today.

According to sources, Wahdathe Islami Hind has its headquarters in Uttar Pradesh and branches at Mannady and Vepery-Poonamalle Road.

“Raids began at 6 am at Lingi Chetty Street, Mannady. Following this, two persons, identified as Nizamudeen and Usman, who are said to be managing the centre, were taken in for investigation. Around the same time, NIA team also took into custody Sayyed Mohammed Buhari, the State head of the organistaion. His office, which is in an apartment complex on Vepery-Poonamallee Road, was raided as well,” sources were quoted saying.

NIA officers claimed that the group had contact with some other banned Islamic organisations. They are also inquiring if they were in touch with the perpetrators of Easter Day blast which killed 259 people and left 1,000 injured.

At Nagapattinam, the team raided places in Sikkal and Manjakollai and took two persons for inquiry. They were identified as Hassan Ali and Haris Mohammed.

The NIA team is also probing if they were plotting to murder Hindu leaders. It is said this group communicated via social media.

Based on the Central government’s order, NIA is on a pan-India operation to remove any Islamic State (ISIS) support groups, the media report said.

Investigations revealed that the terrorists involved in the Sri Lanka blasts have had connections with Kerala and Tamilnadu. They allegedly visited both States often and roamed freely.

NIA claims the Wahdathe Islami Hind had an association with banned outfit SIMI. Further searches and investigations are under way.